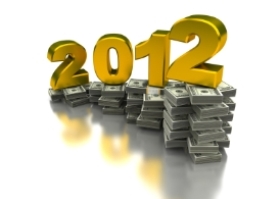 Now that 2012 is drawing to a close, it’s once again time to take a look back at a year that saw some big hits and misses for the biotech industry – and there were plenty of both. The hits saw some big drug approvals – some of those well in advance of PDUFA dates, which, hopefully, is a good sign that the FDA is willing to accelerate approvals in areas of high unmet need – and major clinical advances in areas such as hepatitis C, while the misses included disappointing data and some stark realities facing big pharma firms.

The year also saw lawmakers get into the bipartisan spirit, passing both FDASIA and the JOBS Act. As we head into 2013, it will be interesting to see how those regulatory additions – such as the GAIN legislation aimed at giving antibiotic developers a leg up and the provision allowing for small firms to consider going public as an emerging growth company – may affect the industry.

But first, let’s take a look at some of the notable stories and trends in biopharma over the past 12 months.

After striking out at the FDA over the past two years, two of the big three obesity drugs won approval in 2012. Vivus Inc.’s Qsymia (phentermine/topiramate) and Arena Pharmaceuticals Inc.’s Belviq (lorcaserin) hit the market. It’s too early to judge market uptake – though analysts have been monitoring Qsymia’s launch on a weekly basis – but the approvals are at the very least a sign that the FDA is considering obesity a serious health concern and those first two nods could pave the way for more obesity drug approvals in the future.

While Qsymia and Belviq topped the most exciting approvals in 2012, according to BioWorld’s informal poll, the year was full of other FDA nods. Irritable bowel syndrome drug Linzess came in second in the BioWorld poll, followed by cystic fibrosis drug Kalydeco, prostate cancer treatment Xtandi and recently approved medullary thyroid cancer drug Cometriq. But plenty of other drugs easily could have made the list – Stribald, formerly known as Btripla, for HIV; Bydureon’s hard-won approval in Type II diabetes; Erivedge, the first hedgehog inhibitor to reach market; Aubagio for multiple sclerosis; cancer drug Kyprolis; Lucentis’ approval as the first new drug for diabetic macular edema in more than 50 years; and Ariad Pharmaceuticals Inc.’s Iclusig (which, at three months ahead of its PDUFA date, came in just under the wire to make the 2012 list.)

But no approval in 2012 proved a bigger triumph than Glybera, the first gene therapy to (finally) gain approval. After some back and forth at the European Medicines Agency (EMA) and its Committee for Medicinal Products for Human Use (CHMP), the CHMP awarded a positive recommendation in July, followed by the EMA’s official stamp of approval in November. It wasn’t easy; the drawn-out process drove developer Amsterdam Molecular Therapeutics into bankruptcy, forcing it to divest Glybera into newly formed private company uniQure BV. But the approval marks not only a big win for the gene therapy space, it also signals a change in the at least European regulators assess clinical benefit in rare diseases, given that application for Glybera included data from a mere 27 patients. The advent of gene therapy, a one-off treatment vs. the typical daily or weekly administration, in the marketplace also stands to change reimbursement policies in order to accommodate those types of long-term treatment options.

At last year’s JP Morgan conference, Bristol-Myers Squibb Co.’s execs couldn’t help gloating over their $2.5 billion acquisition of Inhibitex Inc. After all, it was hardly the whopping $11 billion Gilead Sciences Inc. paid for fellow hepatitis C virus (HCV) drug developer Pharmasset Inc., a price many analysts at the time considered much too high, particularly considering the growing competition to get an all-oral HCV regimen to market.

But a big mushroom cloud appeared over the space during the summer, and when the dust settled, BMS was pretty much out of the picture, having discontinued its nucleoside HCV drug due to toxicity issues. The news also affected other “nuc” programs, most notably Idenix Pharmaceuticals Inc.’s IDX19368, which was placed on clinical hold. Meanwhile, positive data just keep coming for Gilead, which is entering 2013 easily poised as one the lead contenders for an all-oral regimen.

The HCV space was advancing like gangbusters, but other areas were not so fortunate in 2012. With all the Phase III readouts, drugs targeting Alzheimer’s disease could have been the year’s top success story; Instead, detractors of the amyloid-beta theory gained ammunition in the ongoing amyloid-beta-vs.-tau battle. First, there was the Phase III implosion of bapineuzumab – the headline in BioWorld Today said it all: “J&J-Pfizer’s Alzheimer’s Drug Crashes, Burns in Phase III.” That news was promptly followed by the Phase III miss of Eli Lilly and Co.’s solanezumab, though Lilly isn’t ready to admit defeat yet. Those failures, however, came as no surprise to those who fall on the tau tangle side of the Alzheimer’s argument. TauRx Therapeutics Inc.’s Claude Wischik even told BioWorld in November that it never made “any sense to us that people think going after amyloid” would make a dent in the disease. TauRx is putting the tau theory to the test, getting ready to launch a Phase III program testing tau aggregation inhibitor LMTX, though we likely won’t see any data before 2015.

In the meantime, the case for amyloid-beta seems to be taking its cues from Monty Python – it’s not dead yet. A November talk at the National Institutes of Health had Harvard University’s Jie Shen discussing early stage research concluding that amyloid-beta definitely has “something to do with the pathogenesis of Alzheimer’s disease.” So it looks like the debate is destined to go on to see whether amyloid-beta, tau or a newer Alzheimer’s target might become the Holy Grail in biopharma’s ongoing efforts to treat the devastating neurodegenerative disease.

‘It’s the [Patent] Cliffs of Insanity!’

While politicians spent the last few months of the year sounding off about the so-called fiscal cliff, big pharma finally found itself standing at the edge of its own sheer drop in 2012, staring down into the abyss of lost profits. After years of predictions from industry experts, pharma firms finally started to feel the initial impact as once-blockbuster products began smashing upon the rocks. Pfizer Inc., for instance, saw a 19 percent cut in first-quarter profits stemming from the patent expiration for top-selling cholesterol drug Lipitor and in September saw its credit rating downgraded by Fitch. And it wasn’t alone. AstraZeneca plc’s CEO David Brennan stepped down in April amid shareholder pressure as the London-based big pharma reported staggering drops in sales thanks to generic competition to products such as Nexium (esomeprazole) and Merrem (meropenem). And, on the eve of reporting its third-quarter earnings, Eli Lilly and Co. saw its own ratings lowered by Fitch, which called Lilly’s looming patent cliff “the steepest in the industry,” citing potential losses of antidepressant Cymbalta (duloxetine) and Type I diabetes drug Humalog (lispro) coming next year.

The good news is that, as the threats to its bottom line materialized, big pharma seemed much more willing to try new strategies. The past year saw the industry employ some new and interesting approaches to ramping up drug development – the launch of Transcelerate BioPharma Inc. is a good example, along with the rise in academic partnerships such as GSK’s December deal with MD Anderson. Perhaps if big pharmas can find more ways to foster innovation, they won’t end up in the Pit of Despair.

If you’re going to present stellar clinical data, you’d better make sure those results are accurate. Vertex Pharmaceuticals Inc. learned that lesson in May when it revealed that its previously reported Phase II results for the cystic fibrosis combination of Kalydeco plus VX-809 were a little off the mark: Instead of 46 percent of patients showing improved lung function, the actual results were 35 percent. That 11 percent disparity sent shares of Vertex sinking 10 percent that day.

But that turned out to be nothing compared to Peregrine Pharmaceuticals Inc.’s gaffe a few months later. In what has to be the Biggest Oops for 2012, execs of the Tustin, Calif.-based firm found themselves choking down a few mouthfuls of crow after they had to return to investors with the admission that the survival data from the much-lauded Phase IIb lung cancer trial of bavituximab might not have been so impressive after all. The company cited “major discrepancies” in the findings, which it attributed to an independent third party contracted to code and distribute investigational drug product. Peregrine launched an investigation to determine the extent of the data disparity and, while that investigation is still ongoing, the company’s shares – and perhaps, credibility – have yet to fully recover. To add insult to injury, Peregrine shortly after received a default notice for the $15 million in initial funding under a $30 million term loan, due to the data discrepancies, though the company managed to scrape together $14.3 million in an at-market agreement to replace that funding.

The lesson? Make sure you’ve got your ducks in a row to avoid a data discrepancy debacle like Peregrine’s.

Let’s hope everyone heeds that advice in 2013.

From all of us at BioWorld, thanks for reading, and have a happy new year!