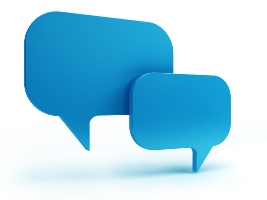 “Communication about how certain treatments are working in certain patients is happening through a multitude of media around the globe. These conversations between and among doctors, patients, researchers, and scientists in academia and industry should be facilitated. This includes the free flow of data, research, and results related to what a therapy or combination of therapies does or does not do well and in what types of patients. We need to harness the power of the Internet and social networks.”

That’s how Reps. Fred Upton (R-Mich.) and Diana DeGette (D-Colo.) described the importance of open communication between drugmakers and doctors in their recently released white paper 21st Century Cures: A Call to Action, which was intended to launch a national discussion on how to streamline and hasten the development of new cures.

Apparently, the FDA didn’t get an advance copy of the memo. Instead of encouraging the free flow of data, research and results, the agency is trying to muzzle it – especially when the exchange involves drugmakers truthfully discussing off-label uses. In revising a 2009 draft guidance on best practices for distributing scientific and medical publications on unapproved uses, the FDA appears to be shrinking drugmakers’ safe harbor for off-label speech, the Pharmaceutical Research and Manufacturers Association (PhRMA) said in comments on the proposed revision.

The 2009 draft unambiguously recognized that the dissemination of truthful, nonmisleading medical journal articles about unapproved uses was important in promoting public health. But the revised version waters that down by adding that “this information is in no way a substitute for the FDA premarket approval process.” Such a statement ignores the fact that off-label use is the standard of care for some indications and that Medicare and Medicaid are obligated, by law, to reimburse for that use.

The revision also restricts distribution to articles about adequate and well-controlled studies. If it imposes this new standard, the FDA would prohibit the “dissemination of many types of important and useful scientific information, including certain pharmacoeconomic analyses, meta-analyses, subpopulation analyses, and real world evidence and observational studies that describe significant uses, benefits, and risks of medicines that can improve the effectiveness and/or efficiency of patient care,” PhRMA said.

Besides running afoul of drugmakers’ First Amendment rights, such restrictions don’t reflect the reality of health care today, Jeff Francer, PhRMA vice president and senior counsel, told BioWorld. To ensure they’re giving the best care possible, doctors need scientific, accurate, data-driven answers in a timely manner. But given current regulations, all they’re likely to get from an industry rep is a recitation of the professional labeling. If they need more information, they have to go through what can be a lengthy process of requesting it from the company’s medical affairs office.

Meanwhile, drugmakers have volumes of scientific data on their products that go well beyond the labeling, Francer said. But even though that information could help doctors determine the best treatment for a specific patient, much of it couldn’t be shared under the FDA’s proposed guidance.

If Upton and DeGette seriously want to rethink the status quo, allowing drugmakers to have honest discussions with doctors would be a good place to start.