Sharing deeply of ourselves: Still messy 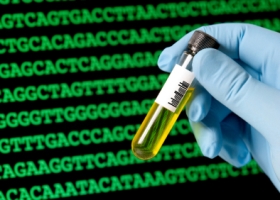 In the capital of digital sharing and over-sharing, Silicon Valley, contributing one’s whole genome to science in the name of fun and self-knowledge has never felt that controversial. Engineers share software code liberally every day on sites like GitHub and Bitbucket. Plenty of those same coders and their investors gleefully joined 23andMe spit parties back in the heady days before the Federal Trade Commission jumped in with a call to sanity.

Silicon Valley is still over-sharing. Someone is literally live-streaming their walk from a train station to a bar on Twitter’s new Periscope app as I write. Superficially, it seems dull. But every once in a while, a mundane-seeming blog post about weight loss veers into an intimate tale of falling in love. And it’s cases like that which make it clear that when we share deeply – and what could be deeper than sharing our genomes with the world? – we have the power to move things ahead. What’s nice to see is that, as evidenced by a panel at this year’s Techonomy Bio conference, an understanding of the need to provide more sophisticated privacy controls and deeper insights is taking hold along the way.

The desire for control has taken various forms in our post-Snowden world, most visibly perhaps in the disappearing photos of Snapchat or geo-constrained conversations of Firechat. But that kind of sophistication has yet to fully take hold in the world of personal genome sharing.

So far, we’re being too binary in the ways we think about genetic data privacy, Ajay Royyuru, director of IBM Research’s Computational Biology Center told the Techonomy audience. While IBM is focused on business, not consumers, he’d like to see individual donors be able to provide consent at various levels, able to decide exactly how much of their genetic information gets disclosed to who and for what and able to control disclosure further on the basis of how personally identifiable a particular piece of information might be given based on its uniqueness. “I haven’t seen elegant solution to that yet. But I believe that for technologists, something like that is addressable.”

But just because something is possible, doesn’t mean it can necessarily be made accessible enough to offer beneficial utility. (See: Facebook privacy settings.) And we still have a long ways to go. Linda Avey, a co-founder of 23andme Inc. and someone who has clearly spent countless hours in search of the best way to give people useful insights into their genetic make-up, said it’s just logical that people want to know about themselves. But we’re still in the early days of understanding what’s going on in the genetics research world, she said during the panel. To provide an interface to understanding genomic data that goes beyond what they might read in the New York Times was a goal of the company and one that, prior to its tango with the FDA, it likely achieved in the eyes of many consumers.

Avey has since moved on to co-found We are Curious, “an open workspace for personal well-being.” But what’s left in the wake of January’s stern letter from the FDA and a lawsuit that describes the saliva-derived data as “meaningless” makes clear just how complicated it’s going to be to achieve nuance in our approach to sharing and exploring our deepest traits. “23andMe provides ancestry-related genetic reports and uninterpreted raw genetic data only,” says a banner on the company’s website. If you’re ready to start searching for meaning in such data, you can get try your hand with this browser of the 1,000 Genomes Project data today, no spit required.

Some of the real public goods that can come from unmitigated sharing of genetic data are being explored right now with the generous consent of 23andme’s customers, about 80 percent of whom have granted their consent to participate in research. The company has an ongoing collaboration with Pfizer Inc. and in March created a new therapeutics group led by Richard Scheller, who retired from Roche AG unit Genentech late last year. (See BioWorld Today, March 13, 2015.)

Who will ultimately see the monetary profit of 23andme’s work, built on the company’s genotyped population of more than 800,000 customers, remains as unclear and when we’ll finally hit the sweet spot between sharing all or nothing. But at least in the struggle to determine who can use what data for what end, we’re coming to terms with complexities of reality.

As Hank Greely, a professor and director of Stanford’s Center for Law and the Biosciences framed it during the panel’s rollicking exchange, ownership isn’t a nice simple state. “Once someone has got your [genomic] data and analyzed it,” he said, “ownership is very much up for grabs.”
You must login or register in order to post a comment.