Biotech’s biggest protesters are turning into its supporters

By Amanda Lanier
No Comments 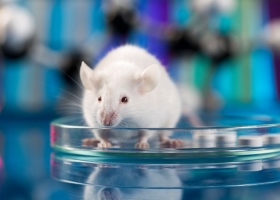 For decades the biotech industry has been hounded by activists over animal testing. Most notably, a campaign against Huntington Life Sciences in the late 1990s through 2000s included arson, harassment, threats and alleged fire bombings. Less severe, but still troubling for biotech, animal rights activists join with anti-GMOers most years to protest at the Biotechnology Innovation Organization (BIO) convention.

But as biotech has branched into cultured meat and alternatives to animal testing, the companies and scientists involved have been praised by animal rights groups.

Biotechs developing chip technologies are at the forefront of the praise from animal rights groups. In 2014, People for the Ethical Treatment of Animals (PETA) named Boston-based Emulate Inc. its Company of the Year for its work on organs-on-chips. According to Emulate’s website, it “can predict human response with greater precision and control than today’s cell culture or animal-based testing methods.”

“We love animals, and humans,” said James Coon, CEO, in the announcement on Emulate’s website.

Such mutual support is a sign of hope that both sides will put aside differences when working for mutually beneficial aims, despite their contentious history.

Last year PETA praised Swiss biotech Oncotheis Sarl for its in vitro cell cultures that can be used as replacements for experiments on animals, such as inhalation experiments involving rats stuffed into tubes. The Geneva, Switzerland-based company’s Oncocilair is an in vitro human lung cancer model.

In other news, in 2015 PETA gave a grant to student researchers at Iowa State University who are working on placentas-on-a-chip technology. The same year, the PETA International Science Consortium Ltd. and Ashland, Mass.-based Mattek Corp. teamed up to offer free 3-D reconstructed human tissue equivalents from Mattek to decrease the use of animal testing.

San Francisco is a hotbed for both biotech and eco-friendly politics, so it’s not surprising that it’s emerging as a hub for earth- and animal-friendly biotech. The accelerator Indiebio is at the center of the movement with its portfolio of companies working on alternatives to using animals for food. In 2015, Mercy for Animals praised Indiebio for its contest offering $250,000 in seed funding to startups looking to create cultured animal products.

Perfect Day Foods, a biotech named after the Lou Reed song, received seed funding from Indiebio and is part of a cellular agriculture non-profit research institute that focuses on developing animal products without animals. Google Inc. will be offering vegan shrimp from another Indiebio portfolio company, New Wave Foods, as soon as it’s commercially viable. Other Indiebio companies include Memphis Meats, which is creating cultured meat, and Clara Foods, which is creating ex vivo egg whites.

Back in 2008, PETA offered a $1 million reward to the first team of scientists to develop a method for commercially viable quantities of lab-grown chicken meat.

As more biotechs use technology to break into the expanding market of cellular agriculture, we can expect animal activists to continue to offer their praise and support.

What the future holds

None of these examples are to say that the rift between biotech and animal rights activists is over. Groups like PETA continue to put biopharmas on their lists of companies that are worst for animals. For the time being, PETA is still criticizing biotech more often than not. Supporters even bought up shares in Amgen Inc. to influence the company’s policies.

There are signs that the criticism is fading, including a decrease in protesters at BIO meetings. At the 2001 BIO meeting in San Diego, eight people were arrested. At the 2004 BIO meeting in San Francisco, police came prepared in riot gear in anticipation of protests. Anyone who’s been to BIO recalls the often massive groups outside protesting animal testing and GMOs.

But two years ago at BIO in San Diego, only a few protesters could be found. Far from anti-biotech activists, they were senior citizens decked out in red, white and blue to protest keynote speaker Hillary Clinton’s response to Benghazi.

Every year, more than 56 billion animals are killed for food worldwide, making veganism one of the biggest-pushed agendas of groups like PETA. As more people around the world adopt the meat-heavy Standard American Diet, those numbers will only increase. Rather than an ethical alternative, lab-grown meats may become imperative to feed the world’s growing population.

If biotech can produce commercially viable cultured meat, there will be no marketing fiasco like what’s surrounded GMOs. Instead, animal rights activists and radical ecologists will lead the charge of encouraging consumers to choose biotech products over farm-raised animal meat. As biotech works on eliminating animal testing, it will receive similar support its former adversaries.

Biotech must understand that animal rights activists aren’t anti-science or against the industry in general. In fact, this vocal minority can be used for positive publicity whenever biotechs engage in earth- and animal-friendly policies.

Those protesting biotech should understand that most who work biotech don’t like animal testing, for its moral implications and its inaccuracy in predicting human response. Biotechs are stuck between investors who insist on low operating costs on the one hand, and the FDA’s rigorous requirements for pre-human trials on the other.

These recent collaborations between animal activists and biotechs give hope that in the future the two sides will work together on projects that can save human lives, animal lives and the planet.