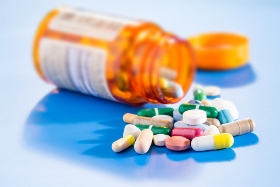 I missed BIO this year – the first time in 40 years as a journalist that I canceled attendance at a major conference due to a death in the family. About 12 hours before I was due to board a plane to San Diego, my brother in-law, Kevin, had a massive heart attack and died at the age of 64.

In life, Kevin was what health care professionals likely would describe as a “challenging” patient. Like his father, he was subject to familial hypercholesterolemia. Unlike his dad, who had a proverbial “warning shot” in his 40s and then embraced a rigorous routine of diet, medication and exercise before succumbing to a fatal heart attack at 78, Kevin didn’t take especially good care of himself. He was overweight. He shirked visits to doctors and generally ignored their advice. At the urging of family members, he had a stress test several years ago that revealed several partial blockages and only reluctantly agreed to medical intervention.

But Kevin also faced a number of challenges in life that conspired against him. As he approached his 60s, he juggled minimum wage and temporary work, was intermittently uninsured and, for a time, was a whisper from homelessness. In short, Kevin’s life mirrored those of millions of adults in the U.S. His life was messy and dysfunctional – characteristics that are true, to some extent, of each and every one of us.

I don’t know if Kevin was prescribed a PCSK9 – a class of drugs that might have extended his life. Even if one was prescribed, he likely couldn’t afford the medication and certainly wouldn’t have jumped through the hoops that are required of patients to seek financial assistance.

So in the days before Kevin’s funeral, watching from afar as the news flowed from BIO, I was struck by a tremendous sense of irony. Although BIO has touted its efforts, especially in recent years, to put patients first, the scenes that played out on social media sent a decidedly mixed message. Despite this era of “value-based drug pricing” – much ballyhooed at #BIO2017 – scenes of sailboats, splashy logos, parties in Petco Park and drug company pavilions received as much play as educational sessions and hard data. It behooves the industry to remember that patients in need of access to life-changing medications also were watching the extravagance that was flaunted at BIO.

Of course, payers and pharmacy benefit managers (PBMs) also wield very big sticks in decisions about drug pricing and access, and each opponent in this ongoing contest has been adept at pointing fingers at the others – often while spouting the same lip service to the patient community. Reading statements from a BIO panel on drug pricing that included the usual suspects – some of whom I’ve interviewed on the same topic – was akin to watching a rerun of an old TV show with a predictable plot and the same tired dialogue.

Watching the drug pricing drama play out, I’m left with troubling questions. Do biopharmas actually seek out patients who don’t look out for themselves? Patients who don’t fit into a neat niche under the umbrella of a powerful advocacy organization? Who aren’t telegenic or have a compelling backstory? Is a biopharma’s due diligence to the patient community fulfilled by developing glossy print ads and clever television campaigns rather than working painstakingly with providers to reach underserved populations? Despite their public rhetoric, are payers, PBMs and biopharmas content to grab the low-hanging fruit instead of reaching out to individuals who need more hand-holding, more understanding, more compassion?

As a journalist, it’s my job to report what people say and what they do without making judgments. That’s the reader’s job. But reflecting about the life and death of a loved one during a week when the BIO world was letting its hair down in San Diego was another matter altogether. And it was painfully obvious that – even when on script – the industry’s public actions ultimately speak louder than its words.