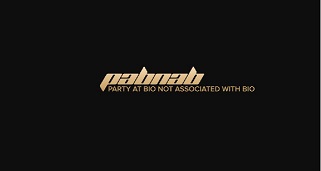 On what planet are the PABNAB (Party at BIO not associated with BIO) organizers living to think it was acceptable to spotlight topless dancers with company logos painted on their bodies at an apparent business networking event?

It is reasonable to believe the 40-plus sponsors of the event in Boston last week would not want their brands associated with such an archaic objectifying source of “fun,” and the Biotechnology Innovation Organization (BIO) itself, which held its annual international convention at the same time in Boston, has publicly denounced the party, putting at risk the membership of those who support similar events in the future. After a series of reports outed the PABNAB party, an organizer defended it, calling it “edgy and artsy.” One term means being ahead of a trend, and the other means being artistic or interested in the arts. Neither requires the presence of half-naked women. In reality, the trend is inclusivity, and the art is science. For the young entrepreneur sharing a glass of wine with potential partners, or the seasoned scientist just wanting to enjoy the evening with colleagues, the event screamed the message “accept the culture or get out.” Following the backlash, PABNAB’s website went black.

Years ago, at a BIO convention in Philadelphia, I attended a final reception at the Naval shipyards, with Madonna, Prince and Austin Powers lookalikes roaming the 80s-themed party scene, as biotech execs danced in tall neon hats and tarot card readers analyzed their futures. It was fun. I realized then that the excessive stress of drug discovery, finding the funding for innovation, and running an efficient organization ? always on the brink of a blowup ? demanded some serious wind-down time.

But not this. Never this. And I daresay many in the biopharma field would agree, especially those with daughters. I have three.

To be fair, many attendees and even sponsors may not have known the subject of entertainment. But PABNAB piggybacks on a major BIO event that drew more than 18,000 global participants this year. It even uses the BIO name. Twice.

This year at the convention, I passed through the Women in Bio plenary event at the Westin Boston Waterfront hotel adjacent to the convention center. Its theme: Lift While You Climb. This was an event to celebrate the achievements of female scientists and business professionals, lifting them up as an inspiration for others. An event at BIO, but not associated with BIO. Perhaps it should be.

Yet at least one sponsor of the Women in Bio event also sponsored the PABNAB party, a clear indication that the organizers went rogue on the party planning.

Many scientific discoveries are borderline obvious. Exercise promotes health. People with experience make better decisions. In this case, scientific proof or not, many women have excessive amounts of value and intelligence that those in power sometimes fail to tap. The organizers of tasteless parties, those who blindly sponsor them, and attendees who remain there after becoming aware of the entertainment choices, all contribute to this diminishing of the female human spirit within their own organizations, possibly squashing a future Nobel prize winner, or for that matter, the mother or daughter of one, essentially silencing someone who may be the key to a company’s success.

Our decisions reflect our values, and ignoring shenanigans tied to our industry name – associated or not – speaks volumes about what we will or will not tolerate. Maybe the goal was getting the press attention, the social media clicks, the shares, the sponsors names imprinted into memory. Perhaps the methods work. After all, the organizers did not heed the criticism of a similar event in 2016 during the J.P. Morgan conference.

Out of respect, however, for everyone working in the biopharma industry – people who place human health and dignity at the forefront of each day’s work – shouldn’t we evolve beyond this behavior and find our successes in groundbreaking science?

This is a cancer that only the biopharma industry can cure from within.

But cure it, we must.