The Hottest Jobs in the Biotech’s Future

By Ilene Schneider
No Comments 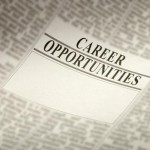 What are the hot jobs in the life sciences during the next decade?

According to Bernhard Palsson, of the University of California, San Diego, there is "unprecedented opportunity" in systems biology and bioinformatics, which seek not only biologists, but also engineers, chemists, mathematicians and computer programmers.

"To get a life science job in 10 or 20 years, you will simply be expected to have competency in these areas," said Jens Nielsen, professor of systems biology at Chalmers University of Technology, in Göteborg, Sweden.

As related in an article in Science, job opportunities in these fields are not necessarily tied to a specific geographic location, as researchers worldwide can collaborate on projects.

According to another article about the hot jobs of the future, the Federal Bureau of Labor Statistics counted approximately 7,600 bioengineering and biomedical engineering jobs in a recent survey. Most bioengineering specialists' work is in manufacturing industries, such as pharmaceutical manufacturing, medical instrument development and health care supply. Others work for hospitals, government agencies or as independent contractors or consultants.

The government predicts that bioengineering and biomedical engineering jobs will increase by nearly 32 percent over the next five years. During the next decade, bioengineering positions are projected to increase at nearly double the average rate for all other types of jobs.

(This is an abridged version of Ilene’s article. To read the entire article, click here.)