Home » Blogs » BioWorld Perspectives » And the Bio-Oscar Goes to . . . 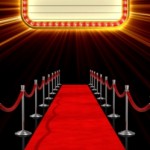 I have a fondness for the movies and I perform a function in the biotechnology market, so it’s a bonus when I can combine the two. I’ve written about the correlation between the movie and drug businesses before, so indulge my latest diversion, as I reflect on recent events: Hollywood’s biggest night and biotech’s blockbuster performances.

Even as the villainous economy brought drama to the world stage with its own tour de force production, the biotechnology market continued to receive generally positive-to-cautious reviews from industry critics and everyone else who had a speaking role in the market. Its performance and celebrity status have only been upstaged or matched since 2000 by its primary rival: high technology – which is led by the acting of the Meryl Streep of stock market performers: Apple Inc.

But biotech’s stock continues to rise also, thanks to its made-in-Hollywood hook-up with the winner of the Best Supporting Role in a Market Pairing: Big Pharma. Biopharma is the new Brangelina! So stick out that leg, Biopharma, and strike a pose!

After all, the script that biotech has acted out in the 21st century has mimicked the adapted-for-the-screen storyline of Stieg Larsson’s well-received Millenium Trilogy. Biotech – increasingly throughout the past decade and forecast right through this one – is assuming the role of The Market with the Dragon Tattoo, as everyone wants China in their picture. That country is the odds-on favorite to bring home the award for Best Performance in a Foreign Language Market for the next decade, as it ascends to the top of the A-list while mesmerizing the entire drug industry audience.

The Market That Kicked the FDA Nest was produced during the golden age of biotech, when the market churned out 269 drugs between 2000 and 2010, while weathering the VC drought and a global economic near-apocalypse. The movies may produce more blockbusters, but biotech saves lives in blockbuster numbers. Plus, I don’t think many films have cost $1 billion and taken 10 years on average to produce, while that’s biotechs’ median. The show must go on!

Biotech survived on method acting as The Market That Played with Fire, during the most recent years of this millennium. It honored its contract and performed its own stunts in battling the Extremely Loud and Incredibly Close Recession on location for three years to entertain its stakeholders, patients and fans. Even when there was talk of an Economy II: The Sequel, an exhausted biotech market never ran off to rehab, and only had one thing to say: “Makeup!”

The most biotech-applicable movie quote of the year came from Harry Potter, who said “When have any of our plans ever worked? We plan, we get there, all hell breaks loose!” How many times have you heard that in the clinical trial lab?

Roche Inc. is involved in a sequel of its own – Final Destination II, in reprising its role as the Lord Voldemort of unwelcome M&As, this time bent on controlling the Mid-Cap Earth of biotech. This time around, the role of Genentech Inc. is being played by Illumina Inc., which is staging a defiant Footloose reprise that worked so well for Genentech in resisting Roche’s hostile takeover until they relented and upped the box office take to $95 per stock ticket.

Lights! Camera! Action! Or in this case, Innovation! Capital! Research!

Mission Impossible: Biosimilars Protocol – An idealist gets in over his head with lobbyists, regulators, pols and black marketeers in a quest to . . .

My Week Decade with Marilyn Margaret ? The recollections of an ingénue drug candidate that sought self-validation from the approval of others, while navigating the dreaded Hamburg maze, rife with complete response letters, red tape quicksand, legal maelstroms . . .

Obesity Market & the Deathly FDA Hallows: Parts I, II & III – A disaster movie with tear-jerker elements, this is the tragic story of lorcaserin, Qnexa and Contrave, lured by the bright lights of an inestimable, but weighty . . .

The Help – A feel-good, coming-of-age tale about the combination diagnostics market and the unlikely friendship of two disparate souls searching . . .

Moneyball – This offering is the rags-to-riches story of Pharmasset Inc., befriended by a New Money benefactor after growing up on the Street with little more than a small cap and a . . .

Bridesmaids – Runners-up will be left for dead on the HCV battleground in this epic war movie with a spectacular cast of stars battling it out to claim a winner-take-all foothold in the impending . . .

The Iron Lady – A patent-cliffhanger following the rise-and-prematurely-speculated-fall of the centenarian (and Lifetime Achievement Award recipient) War Horse pharma market, from its dubious beginnings, up to its current May-December romance with biotech as . . .

Twilight: Breaking Dawn – A sexy potboiler, starring the hottest young bodies-with-brains in biotech – DNA sequencing. These stud companies are charged with the ground-breaking task of potentially eradicating disease as we know it. And they get to take off their shirts a lot and expose their own blessed genetic buildups, as well as those in the blueprint for the human . . .

The Descendants – This fish-out-of-water fantasy tale follows the journey of biosimilars down the Yellow Brick Road to a hard-fought . . . oh, my bad, this project is still “in development Hell,” as we say in the business!