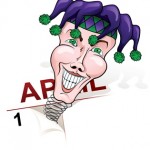 The contenders for becoming the April Fool in Life Sciences for 2012 came down to three candidates, but two of them have persisted past the April 1 deadline, thereby removing themselves from consideration.

President Barack Obama still has a glimmer of hope for preserving his Affordable Health Care for Americans Act and even if that is struck down, he can still overcome his supreme pranking with a wily November trick-up-his-sleeve snappy comeback. And Illumina Inc.’s stockholders continue to resist drinking Roche’s undervalued Kool-Aid unless they add more sugar to sweeten to Illumina’s taste. So, to the would-be biosimilars drugmakers – with no prospect of launching a biosimilars market for yet another year – April Fools’ greetings: you are the winners!

U.S.-based drugmakers hoping to produce biosimilar therapeutics were fooled into thinking they could be in the bio-follow-on business in 2012, but lo and behold, they are only one year deeper into a potentially years-long wait for a plan to actually be implemented that would allow for sales to commence. The joke’s on them – again!

After more than a decade and counting, the brand makers are still the masters of pranking.

Biotech has finally met its match. After revolutionizing drug development; after staring down unmet and underserved diseases; after outlasting the raging economy; after overtaking pharma in the clinic; after towing the FDA into the 21st century, the superbio-market has met its Kryptonite. Evidently, biosimilar production is just too complicated for the innovative industry in the U.S.

Doctors want them, patients demand them, the Obama administration mandates them, pharmacies fancy them and insurers covet them.

But the market pathway is apparently unsolvable, at least in the U.S. It’s War and Peace mixed with quantum physics, written in Yiddish and with the audio book narrated by the Fran Capo, the world’s fastest talking woman!

Don’t mess with the brand lobby. They may not yet be as adept as the oil lobby is in keeping the biofuels market down to fumes and fuming for a century, but they’re off to a good start. It has been more than a decade since this endeavor began in bright-eyed earnest and the brand-makers are still enjoying unchallenged market access to their exclusive reigns by perpetuating the work-in-progress status of biosimilars in its largest market country.

Biosimilar legislation was passed in the European Union (EU) in 2005 and since 2006 there have been 18 biosimilars approvals by that agency. Why, just a year between legislation and production – can you believe such impetuousness? Why, millions must be dying from recklessly putting such sketchily investigated drugs on the market!

For Puck’s sake, there is a template! By 2009, at least 15 countries, the EU and the World Health Organization had drafted final biosimilar guidelines ahead of the U.S. Canada, not exactly known for being cocksure, approved its first biosimilar (Omnitorpe) in 2009 – wait for it – in advance of final guidance for the regulatory pathway. That decision was based on its regulators’ assessment that they had existing authority, under Canada’s food and drug regulations, to approve biosimilars established on an abridged set of data than was submitted for the brand product, without the need for new regulations. What a bold concept!

I checked with BioWorld’s Washington editor, Mari Serebrov, who has been following the regulatory hoopla closely. She pointed out that “In many ways, the world is not waiting for the FDA to lead the way.”

Following such examples doesn’t guarantee safe and effective biosimilars in the U.S., but it does offer evidence that transitioning from biosimilar bureaucracy to actual commercialization isn’t going to result in an apocalypse of therapeutic proportions, either.

Even after establishment of a biosimilars market in the U.S. becomes a reality, the joke will still likely be on applicable drugmakers, inasmuch as the U.S. is leaning toward the market version that would require a full schedule of preclinical and clinical trials, which could make biosimilar drug development as expensive and laborious as the brand R&D schedule. That would make it difficult to offer deeply discounted biosimilars.

Legislation has passed and now guidelines have been issued, but U.S. biosimilar regulations are still an unfinished symphony and production is still a pipeline dream. The FDA is creating such a fazing series of clinical hoops for biosimilar producers to jump through, that it stands to constrain the number of companies that are moneyed enough to play the game and also raises the R&D bar for clinicians, while increasing the cost that patients will have to pay to compensate for the pricey clinical trials.

One of the elements of the Act was to facilitate lower-cost versions of expensive biotech drugs, but the eventual savings may not be as deep or come as quickly as hoped. Healthcare providers and other industry authorities say regulatory delays and the possibility of significant patent litigation could thwart the takeoff of the biosimilars market through most of this decade and wind up saving patients as little as10 percent to 20 percent off the cost of brand biotech drugs, compared to savings of as much a 90 percent on generic pharmaceutical drugs.

The big finale prank-in-waiting, according to Mari’s insight, could send the biosimilars movement backpedaling to square one, inasmuch as if the Supreme Court throws out the entire healthcare bill, the biosimilars snail express would be discarded in the mix, since the AHCA granted the FDA the authority to create the biosimilar pathway in the first place. Healthcare reform bill repeal would render the biosimilars guidance nonexistent as well as rendering the biosimilars developers fooled twice in the same year!

One small step for biosimilars; one giant extension for brandmakers.

Though we have only biosimilar path guidance in 2012, hope abounds for 2013 – but no promises. When biosimilars are eventually approved, they’d better be under a perfect system, as that will be the only way to justify its long and winding road. Meanwhile, biosimilar lobbyists and drugmakers, you are the 2012 April Bio-Fools – again – for the 10th time! And your names are already on the list for the 2013 competition.