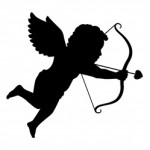 It wasn’t exactly love at first sight back in 1976 when Genentech Inc. became of legal age to go forth and incorporate, but the platonic relationship between biotech and pharma has increasingly mellowed over the ensuing 36 years into an intimate affair. The recent blood transfusion/exit strategy weddings that are rejuvenating the bones of the old molecule money pharmas and fulfilling the dreams of enterprising young biotechs seeking to become the nouveau riche certainly represent something more than just a passing fling. That became patently observable when Roche Inc. finally put a ring on it and took Genentech off the market – literally and metaphorically.

Arguably, the key dynamic in the drug development market is the marriage of convenience between the pharmaceutical and biotechnology industries.

OK, they are shacking up! They’re consummating the deal like rabbits! And that’s about as subtle as I can be without descending into pornographic allusion!

Big Pharma is now Bio Pharma. They’ve been discreetly dating for some time now, but may have thrown many of you off the trail with their entertaining diversions in order to attempt to keep their affair somewhat under wraps. But the fact is that pharma and biotech are intent on producing offspring. In fact, they are planning a brood of May-December biopharma marriages that they hope will translate into a family of drugs that will be delivered into the world by the doctors at the FDA and regulatory agencies worldwide, beginning in 2012.

You may have seen the two of them canoodling in one-on-ones at the annual Biotechnology Industry Organization’s meetings or overheard them playing cute on boardroom phone lines late into the night. Perhaps you’ve witnessed some of the play-acting they have put on display in all-too public spats over who was going to move in with whom, as they postured for the advantage in the pre-nup merger negotiations.

Usually, when we are initially apprised of the news of a hostile takeover and the biotech’s parent board balking at the size of the pharma dowry, we assume it’s just the bluster of the mating dance and not the beginning of the breakup. So now, we just wait for the ultimate invitation to the merger ceremony.

Perfect storms can create frenzied Black Holes or dazzling landscapes, but either end result is usually borne of chaos. Think economic turmoil, patent cliffs, regulatory irregularity, R&D senior moments, failed partnerships, etc. But usually, just like in personal relationships, money issues tend to be at once, the lure that initially attracts opposites, as well as the irreconcilable difference that often renders R&D agendas or companies asunder. No matter how it ends, biopharma’s perfect storm is upon us.

The “P” Word is Becoming Offensive

How long into this decade will it be before we see pharma drop all pretenses and declare its affection for the much younger industry by going all BioPfizer, Merck & BioCo., or Johnson & BioJohnson?

The oft-married GlaxoSmithKline plc has declared its intention to shed its small molecule wardrobe and dress itself up in large molecule hoodie and skinny jeans and hang out more as a “biotech-like” company, while Merck & Co. now sees itself as “a global biopharma leader,” after dropping a few corporate pounds and getting a life sciences facelift.

The former Sanofi-Aventis, which changes its last name more times than P. Diddy or Elizabeth Taylor, has just deleted its post-hyphen once again – for what? Perhaps in preparation of patently betrothing itself to biotech as “Sanofi-Biopharma, Sanofi-Amgen …?”

So, you begin to see that it’s too late to deny the biopharma relationship is passed the “we’re just friends” stage,” as the two smitten markets continue to moving in together on Wall Street.

So, we get a lot of adorable misdirection, designed to keep the markets’ hearts beating in rhythm and to minimize investor arrhythmia, but the fact is that big pharma is shedding its small molecule skin and evolving into the hybrid entity that will characterize the drug company of the 21st century.