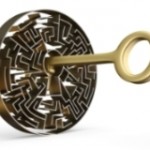 If you can’t see the wood for the trees the common sense response is to do a little thinning and let the light shine through.

But for the bogged-down-in-bureaucracy European Medicines Agency (EMA), the response last week to the need to increase transparency and streamline its procedures was to set up an expert committee to investigate the activities and operations of its expert committees.

I don’t imagine this is a cynical move by the recently installed head of EMA, Guido Rasi, to kick complaints about a lack of transparency and failure to listen to the needs of patients into the long grass. He knows prevarication won’t magic the issue away.

But a committee to investigate your committees – please!

The immediate reason for the EMA to announce the formation of its scientific coordination board was its embarrassment around the rejection in April – for the third time – of Glybera, a gene therapy treatment for the ultra-rare inherited disorder lipoprotein lipase deficiency developed by Amsterdam Molecular Therapeutics Holding NV.

The EMA’s Committee for Medicinal Products for Human Use (CHMP) ruled that ‑ although it had no safety concerns ‑ the small number of patients who took part in trials meant the data file did not demonstrate that Glybera is effective in limiting the acute attacks of pancreatitis that are the most insidious manifestation of the disorder.

The CHMP exercised its prerogative despite that fact that two other EMA expert bodies, the Committee for Advanced Therapies and the Scientific Advisory Group, recommended Glybera be approved under exceptional circumstances.

Rasi previously told BioWorld it was not surprising that EMA committees had reached differing conclusions, since they are independent of each other. Well maybe not, but there’s little point in preserving the independence of your experts, if the result is to render your organization sclerotic. The EMA needs to function.

What makes the case even worse is that the CHMP members who were at the meeting to consider Glybera voted 16-15 in favor of its approval. Unfortunately, it requires 17 votes for a product to be recommended for approval.

Even without knowing which way the missing 32nd member of the CHMP might have cast her or his vote, it is clear a majority of expert opinion believes Glybera should be allowed on the market and given an opportunity to build its case.

The many levels at which the shambolic handling of Glybera is reverberating are eloquently expressed in a letter that Alastair Kent, director of the UK charity The Genetic Alliance, wrote to the head of the European Commission’s Directorate for Health and Consumers protesting at the CHMP’s decision.

If there is a single good reason – beyond the procedural – why Glybera should not be approved under exceptional circumstances to allow efficacy data to accumulate, the EMA should say what it is.

Now that would be transparency.