Home » Blogs » BioWorld Perspectives » A Stifled U.S. Biotech Sector: Is it Too Late to Recover?

A Stifled U.S. Biotech Sector: Is it Too Late to Recover? 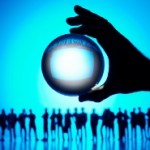 BOSTON ? Amid all of the excitement that comes with the biopharma industry’s largest annual gathering in Boston this week, I’m worried about the future. The U.S. has lost too much ground ? due to the obvious partisan gridlock in Washington, regulatory disincentives and the scarcity of funding ? so much that its powerful lead in developing biotech drugs will never recover.

What worries me most is the passive acceptance of it all. A few examples to illustrate from BIO 2012:

I’m not trying to be a buzzkiller at biotech’s biggest party. And I don’t have the answers to the governmental gridlock that’s stifling industry growth and encouraging moves to other countries. Instead, I’m patriotically appealing to all of the 17,000+ attendees to use the power of the democratic process to lean on our lawmakers and not acquiesce to what currently seems like America’s inevitable stumble as the leader in biotech drug development. Naïve? Maybe. Ever hopeful? Absolutely.
You must login or register in order to post a comment.