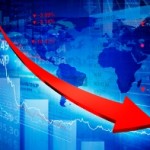 There is no doubt that 2011 was a hot financing year for biotech and it was always going to be a tough act to follow.

Well the industry followed the script to the letter. According to a BioWorld Insight analysis, the amount of capital generated by private and public biotech companies slowed dramatically in the first half of 2012, with $7.9 billion raised, down 40 percent from the same period in 2011. We found that it was a particularly tough second quarter with biotech companies collectively raising $2.76 billion, 46.4 percent less than the $5.15 billion raised in the first quarter this year and a whopping 62 percent down from the total raised in the second quarter of 2011.

While it would be easy to explain away the decline in capital raised to date as a function of the sector being flush with cash, I would argue that the sheer magnitude of the drop off of funding is some cause for concern and is pointing to tougher times ahead for biotech.

These data reflect the fact that the industry is beginning to see the effects of a consolidation in the venture capital industry. As the National Venture Capital Association has identified firms are exiting the life sciences space or curtailing their investments and being more conservative with the funds that they do invest. The year-to-date 2012 data is really the tip-of-the-iceberg. The global industry has been consistently raising about $4 billion annually, according to BioWorld Snapshots. Going forward expect this figure to fall 40 percent or 50 percent. Right now private biotechs are on pace to raise about $2.6 billion this year.

Volatility in the global markets has kept investors on the sidelines or focused purely on the larger cap biotechs. BioWorld Insight reports that the 35 biotechs in our BioWorld Stock Report with market caps higher than $1 billion performed well in the second quarter of 2012 with an average share value increase of almost 20 percent. For the six-month period the group recorded an average share price increase of 57 percent. This is one of the reasons why the sector has been so hot this year – a factor that has translated onto the BioWorld Stock Index, which is up over 25 percent since the beginning of the year. This compares to a 12.6 percent increase in the NASDAQ Composite index and a 5.4 percent increase in the Dow Jones Industrial Average for the same period.

On the other side of the coin while the capital market has been conducive for companies with market caps north of $500 million, the picture has not been as bright for small biotechs. The average stock price values for this group of companies, which have market caps of $100 million or less, dropped 24 percent in the second quarter. This performance impacted on all the public biotech companies in the BioWorld Stock Index with their collective total average stock price valuation decreasing 2 percent in the second quarter.

Going forward expect to see these trends for private and public biotech companies continue. Deals will get done and capital will be raised . . . unfortunately for many companies there just won’t be enough to go round.