Grappling with the Ethics 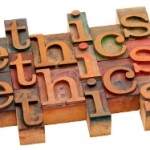 With science boldly taking us where we’ve never gone before, we’re exploring new worlds and stretching the boundaries of our universe. While these are exciting times for the adventurer in us, they can be discomfiting for our inner ethicist.

From cloning to stem cell research to genetic testing to patent eligibility to drug pricing to compassionate use to quality-of-life issues, we face a growing number of decisions fraught with moral and ethical questions that cannot be easily answered in a lab or by a textbook. What once were merely philosophical debates about the future promise of science have become gut-wrenching decisions focused on the here-and-now realities of what science is capable of today.

Dealing with these realities is tough enough on a personal level. It becomes infinitely more difficult to answer such questions on a state or national level, knowing that the answers could impact millions of lives. The late Fay Boozman, then head of the Arkansas Department of Health, clued me in on that struggle.

A soft-spoken, compassionate doctor, Fay lived his life to help others. The last time I saw him, Fay was agonizing over health policy decisions he had to make. He confided that because of the advances in science and technology, there were situations in which he didn’t even know how to apply the moral test that had guided his life.

One of the cases, a vaccine suit, involved a request for an en banc rehearing in the U.S. Court of Appeals for the Federal Circuit. The denial of the en banc essentially upheld the court’s decision to deny two families compensation under the Vaccine Act when their infants developed Dravet’s syndrome after receiving a second diphtheria-tetanus-acellular pertussis vaccination.

The government conceded that the vaccine triggered the seizures that marked the onset of the disorder, which ordinarily would have led to compensation. But in these cases, the government denied causality because a genetic test, post-vaccination, showed the two girls had a DNA mutation in the SCN1A gene that could have eventually produced the disorder anyway.

In the lone dissent to the Federal Circuit’s decision to deny the rehearing, Judge Pauline Newman said, “These cases raise an important new principle, one that is fundamental to the Vaccine Act, and that could not have arisen but for recent advances in genetic science.”

The Vaccine Act was designed to help the small percentage of children who were injured by vaccines, Newman said. In the past, no one understood why these children were harmed. While genetic testing is now explaining the why, it should not circumvent the need to compensate the families of the children endangered by a vaccination, the judge argued.

(The genetic advances beg a few questions. Now that we know some of the why, should all children undergo genetic testing before they’re vaccinated? If so, are we, as a society, willing to cover that extra cost? If not, are we willing to continue compensating families whose children were perhaps needlessly harmed by a vaccination?)

The other case, Sherley v. Sebelius, involved federal funding of embryonic stem cell research. Although Judge Janice Rogers Brown concurred with the U.S. Court of Appeals for the District of Columbia Circuit decision to uphold the funding, she acknowledged serious concerns that “should trouble the heart."

Noting that Congress has grappled with the ethical challenges rising from advances in biotechnology, Brown said, "Disagreement is inevitable when what lies at the core of the dispute is a profound question about the boundaries of science – one that is irreducibly controversial because the slippery slope is precipitous in both directions."

I’m glad these judges wrestled with their decisions. Dealing with such issues should never be easy. And I’m glad they shared their struggle. Perhaps they will inspire other judges and policymakers to engage in some soul searching instead of minimalizing these debates by reducing them to academic or legal exercises.