Biosimilars are Changing the Global Game 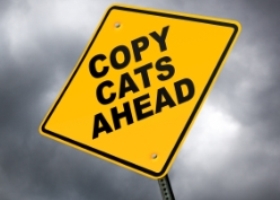 I recently took a few months off from daily deadlines to explore the evolving world of biosimilars for the newest BioWorld Data report, The Biosimilars Game: A Scorecard for Opportunities, Threats and Critical Strategies. It was quite an eye-opening adventure.

Even though I’ve been covering biosimilars for BioWorld for a few years now, I was surprised at the impact these follow-on biologics (FOBs) are having throughout the world, given that the European Union (EU) is continuing its two-year approval slump and no biosimilar candidates have stepped up to bat yet in Canada or the U.S.

Some of my surprise undoubtedly stems from a lifetime of watching the home teams play. With that caveat in mind, I’ll share a few of the stats that had me doing a bit of a double-take:

Another statistic that caught my attention is the sheer number of biosimilars being developed worldwide. As of December, the FDA had received 50 requests for initial biosimilar discussion meetings, referencing a total of 12 biologics. But globally, more than 276 biosimilars are in the pipeline, referencing 19 MAbs, as well as other biologics such as epoetin, etanercept, filgrastim, insulin and interferon. (That’s not counting all the companies that haven’t fully disclosed their pipelines.)

In other words, while biosimilars may still be in the sandlot in the U.S., they’re already headed toward a world series elsewhere.