Home » Blogs » BioWorld Perspectives » Evolution: Survival of the Fittest, and Some Others

Evolution: Survival of the Fittest, and Some Others 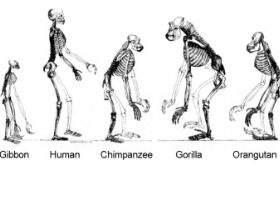 If you believe in evolution at all, you probably think of it as a good thing for the evolving organism, enabling it to keep up with its environment as that environment changes. I sure do.

Of course, we realize that bad mutations can happen to good cells. The idea that most mutations are actually bad for an organism is a basic tenet of evolutionary theory. But then, the theory goes, the bad mutations get weeded out because their owners are now at a disadvantage.

By and large, of course, the reason we think of evolution like that is because it’s true. But every now and then, I come across papers that bring home the fact that evolution is also very complex, and not necessarily a one-way street toward the better.

Two such papers recently have made this point. One showed that evolution can let cells permanently acquire things that are bad for them – in this case, mutations that slow their growth. The other, while it does not deal directly with evolution, suggests that processes such as inflammation can evolve into different directions for reasons that remain mysterious to us.

The first paper, published a few weeks back, deals with so-called passenger mutations, and shows that instead of being neutral, they in fact put a drag on cancer cell growth.

The second paper does not deal directly with evolution at all. Instead, its authors showed that the inflammatory processes that happen in mice are very different from those that happen in humans.

You can find the details here and here. But basically, it appears that humans have a much stronger inflammatory response to bacteria.

Why? Because they evolved that way. Well, yeah, but why?

“The assumption is that there has to be some advantage to the way we do it,” co-first author Shaw Warren told BioWorld Today when his paper came out. “But the fact of the matter is that no one has been able to make a convincing case for what that advantage might be.”