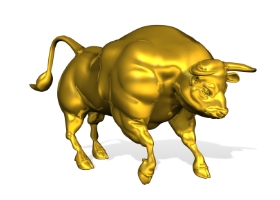 Our recent analysis of biotech’s second quarter performance showed, for public biotech companies at least, their bull run that began more than 18 months ago is showing no signs of slowing down.

Since the beginning of 2012 the Nasdaq Biotechnology Index (NBI) has risen in value by 75 percent. The NBI tracks about 124 companies and to be eligible for inclusion, they must have a market capitalization of $200 million and have an average trading volume of 100,000 shares per day. To remain in the index, the company's market capitalization must be $100 million, with an average of 50,000 shares traded per day.

Biotech’s performance is equally impressive if you include all of the public biotech companies, both large and small, that are developing therapeutics as the BioWorld Stock Report does. Since January 2012 the report has recorded an average 47 percent share price increase in the >240 companies it is tracking. Not a bad return and certainly one of the main reasons why biotech remains one of the capital market's hottest sectors.

Despite this fabulous run the question is always being posed, “Can this momentum last?” Biotech investors have long memories and may be thinking back to riding other waves of biotech enthusiasm only to crash back to earth when the sector’s bubble burst.

Investors can probably sleep a little easier in the knowledge that the rug will not be pulled out from under them. In previous meltdowns there was more hype than substance to the inflated valuations biotech companies received. This time around biotech companies have deservedly earned their elevated stock prices by meeting or exceeding analysts’ expectations for product sales, delivering on milestones and dramatically increasing the run rate for new product approvals.

While there will be some slow periods for the sector with global macroeconomic events having an influence on investor behavior, expect to see steady growth for the community of public biotech companies for the rest of the year.

The good fortunes for public companies have taken a long time to spill over to their private counterparts. For the past several quarters we have alluded to the fact that it has been a tough environment in which to raise venture capital.

In the first quarter of 2013, for example, our analysis revealed a drop in the value and volume of VC deals. Yet we found that the second quarter couldn't be more different. Worldwide, according to BioWorld Snapshots, private biotechs developing therapeutics raised almost $1.3 billion – a massive 190 percent increase over the amount raised in the first quarter and a 153 percent jump over the $510 million raised in the second quarter of 2012.

Why the sudden change? At this point there is no way of knowing whether this is merely a blip or the start of a trend. I would lean to the latter because of how well venture-backed companies are faring with their initial public offerings (IPO). U.S. biotech IPOs were flying off the runway in the second quarter. No less than 14 companies successfully went public, compared to just four in the first quarter.

The excellent post-IPO performance of these newly minted companies, which collectively have to date recorded an average 33 percent pop in their share prices, cannot have escaped the attention of VC investors. This will be good news for companies looking for capital and their time appears to have come. Our third quarter analysis will probably reflect that private capital will equal or better the second quarter numbers because of this new welcoming environment.

And with second quarter earnings season almost upon us, expect more good news to flow and continue to drive the sector’s fortunes.