Home » Blogs » BioWorld Perspectives » Drug pricing: Are we paying for efficacy or innovation?

Drug pricing: Are we paying for efficacy or innovation? 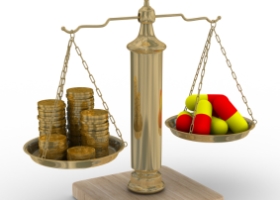 What if we paid professional athletes only when they won? What if spectators got their tickets refunded whenever the home team lost? That might make that $1,300 Super Bowl ticket a little easier to purchase. And, hey, perhaps that might assuage some of the crushing disappointment for Denver fans still bemoaning the Broncos’ embarrassing defeat. (Though, on second thought, maybe not. Broncos’ fans are pretty passionate and hard core.)

But along those same lines, what if we paid for therapeutics only when they worked? That would keep the cost of health care from further spiraling out of control, right? That would seem a smart idea in chronic indications such as depression and schizophrenia, in which patients are usually prescribed a bevy of drugs on a trial-and-error basis until an effective regimen is determined, but it also would work in the much pricier cancer treatment space, in which efficacy is often aided or impeded by specific mutations, all of which we’re not even close to identifying yet.

It would also motivate drugmakers, doctors and payers to develop and make available better diagnostic procedures and identify additional biomarkers to accelerate “personalized medicine,” a future ideal industry pundits like to talk about but no one really knows out how to implement.

Paying for efficacy makes sense and, despite sounding like a radical suggestion, it was one tossed out – perhaps half-jokingly in some cases – more than once during this week’s BIO CEO & Investor meeting in New York.

In fact, it was impossible to get away from the topic of pricing and reimbursement during the two-day meeting at the Waldorf Astoria hotel – those issues crept into nearly every panel discussion and more than one company presentation and was the primary discussion subject during Tuesday’s plenary session on the Affordable Care Act (ACA).

To say that drug costs are increasing is a drastic understatement. Thirty years ago, the idea of a $100,000-per-yer drug was laughable; now it’s standard practice. Last year saw the approval of Herceptin conjugate Kadcyla, which was priced at $94,000 for 9.6 months of treatment, joining a large number of targeted cancer therapies, Avastin in lung cancer, for example, that top $100,000 per patient on an annual basis.

And lest you worry that I’m ignoring the rare disease drugs, which are even more expensive, I’m not. But the costs of those drugs tend to provoke less criticism, in part because the high prices are part of the incentive to get companies working on diseases for small patient populations and in part because drugs like Cerezyme and Soliris so drastically and unquestionably improve the lives of patients that few quibble with the cost-benefit analyses.

A price tag on survival Rare disease drugs also are less likely to get hit with formulary and payer obstructions that have affected other types of therapies. Last year, for instance, Zaltrap was considered too expensive by Memorial Sloan-Kettering Cancer Center, which determined the VEGF inhibiting drug to offer no benefits over Avastin in the treatment of colorectal cancer. That decision prompted developers Regeneron Pharmaceuticals Inc. and Sanofi SA to cut the price.

But what about those patients who might respond better to Zaltrap than to Avastin? Is it fair to deny reimbursement in those cases just because of formulary-based payer decision-making?

Perhaps drugs should be priced according to how much of a value they provide to patients. If Cancer Drug A produced an overall survival increase over placebo of six months in clinical trials, then it would make sense that it should cost more than Cancer Drug B, which produced only a 2.5-month improvement in overall survival. Such a policy would certainly inspire companies to look for the big advances rather than the incremental improvements.

The drawback to that sort of sliding-scale approach, however, is that incremental improvements don’t always mean inconsequential. In a comment from the ACA panel Tuesday that struck me as particularly apt, Glycomimetics Inc.’s CEO, Rachel King, pointed out that a series of incremental improvements, ultimately, can add up to substantial patient benefit. Those small improvements are often necessary in the grand scheme of drug development.

What about ROI? And then, of course, there’s the biggest barrier for a pay-for-efficacy plan: Simply put, it goes against the for-profit grain of the pharmaceutical industry, where pricing decisions often include an unspoken consideration of innovation costs. You might not hear anyone proclaiming in a public forum that a drug should cost at least $100,000 so it can generate a return that will make it worth the hefty development and regulatory investment. But plenty of company execs will point out that a percentage of profits are re-invested in further R&D work that could lead to innovative drugs in the future, and it’s that re-investment of profits that helps to sustain the sector.

So on top of efficacy, should innovation – either investment in a newly approved therapy or potential investment in future discoveries – also be taken into account in the drug pricing process?

I don’t have the answer to that question. But I am sure that the efficacy/innovation pricing debate isn’t going away. Our health care system will have to address the issue, not just because of the ACA and rising health care costs, but because there are new therapies on the horizon – gene therapy, for instance – that will turn the current reimbursement paradigm on its head and force regulators and payers to re-evaluate the true value of patient treatment and care.