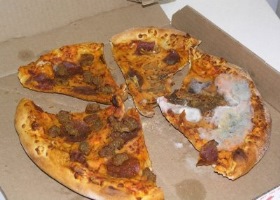 SAN FRANCISCO – When talking trends in biopharma there’s no shortage of metaphors – Tuesday’s health care debate, for example, went for the timely baseball terms, referencing singles and home runs – or oft-overused industry buzzwords, of which the recent Allicense meeting featured several, among them the apparent new fave, “optionality,” a word not actually found in Webster’s.

But during the two-day conference a certain gastronomically charged trend emerged, fitting, I suppose, given San Francisco’s reputation as a destination for foodies.

“When they’re passing out the hors d’oeuvres, use both hands,” said Isaac Ciechanover, CEO of Atara Biotherapeutics Inc., relating a bit of traditional advice in the biopharma sector to always raise as much money as you can when you can.

The “number one job” for CEOs is to make sure your firm has enough cash on its balance sheet to create value and position the company so it can maximize its business development options.

And there were desserts:

“There used to be a saying that if someone is passing around cookies, take a cookie,” Frazier Healthcare’s Carol Gallagher said, of the previous trend of taking money from whatever type of investor is offering.

These days, however, she warned against consuming too many of “those empty calories,” opting instead to be a bit more discerning, choosing the types of investors that are best suited for the company, whether public investors, traditional VCs or crossover investors. Grab only “the good cookies.”

In other words, don’t fill up on the shortbreads when what you really want is the chocolate chip cookies soon to come out of the oven. As a fan of cookies, I can get behind that.

But perhaps the catchiest – if least palatable – of gustatory references came from Oleg Nodelman, of investment firm EcoR1, who said during a Tuesday panel debating public and private investments that, given the right investment and the right management team, “I’d invest in a moldy piece of pizza.”

I’m not sure if it was the biology connection to mold that tweaked the antennae of the scientists in the room or if biopharma execs are simply die-hard pizza-lovers, but somehow Nodelman’s “moldy pizza” caught on. Even after the veteran life sciences investor had left the stage, the references to “moldy pizza” remained, re-emerging during subsequent panels, including a Wednesday afternoon session on the IPO market.

By the end of the two-day Allicense meeting, “moldy pizza” had reached legendary proportion. And during the final panel, a crystal-gazing session featuring biopharma journalists Luke Timmerman, Adam Feuerstein, Ron Leuty and BioWorld’s own Peter Winter, the Street’s Feuerstein actually brought a pizza to the stage and afterward shared the fortunately non-moldy pie. (It was just like at the Oscars!)

Even though Allicense is over until next year, I’m hoping that “moldy pizza” sticks around. I’d like to see it gain official entry into the Holy Grail of biopharma buzzwords with execs reaching for it during presentations and panel discussions as if it were low-hanging fruit.