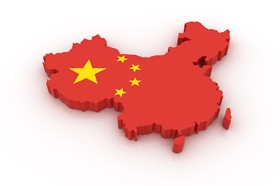 I had the same skepticism about a hurry-up approach to China. But after networking among some of the 800-plus attendees at the 2014 Chinabio Partnering Forum, it’s abundantly clear that biotechs do, indeed, need a China strategy. And tomorrow will be too late to start mapping a plan.

To be sure, China is a land of contrasts. In the cities, gleaming glass and chrome skyscrapers stand apart from rows of primitive wooden dwellings squatting beside rivers and roadways. In the countryside, industrial smokestacks rise over rice paddies, and newly built western-style apartment buildings tower over drab concrete structures crowded with clotheslines. China boasts lovely, intricate gardens and heaps of recycled garbage – sometimes within blocks of each other.

Cynics might say similar juxtapositions are true of China’s biopharma industry, in which a new wave of innovators is seeking success alongside drugmakers that focused on developing and manufacturing cheap, commonly used medicines. Admittedly, in some ways China’s biopharma industry is decades behind those of industrialized nations. Venture funding is a drop in the bucket compared to other markets, university tech transfer offices struggle to manage intellectual property and CFDA bottlenecks are rife. As biologics move into second and third generations in industrialized countries, Wuxi Pharmatech Inc. just garnered the FDA’s first approval for a Chinese company to manufacture a biologic product in a U.S. investigational new drug trial.

But those who lean too hard on the analogy of two Chinas run the risk of missing the bigger story about the country’s biotechs. The scientists and business development officials who run these companies are smart, ambitious, industrious and resourceful – in short, they embody the same qualities as their peers across the globe.

Plus, they benefit from generous central and local government support. As a nation needing to care for an aging population with increasingly diverse health care needs while striving to reduce an endemic pollution problem, China has awakened to the merits of biotechnology. Consequently, hundreds of dedicated biotech development zones have sprung up across the country, each enjoying a raft of government benefits.

The growth has been explosive. The Suzhou Industrial Park Biotech Development Co. Ltd., known as Biobay, was opened in 2007 with two empty buildings. Today, it houses 400 companies. Zhangjiang Hi-Tech Park, established in 1992 as a cornerstone of Shanghai’s new Pudong district, has attracted hundreds of small biotechs, numerous large pharmas and a full complement of support services. A visit to any of the parks offers compelling evidence that science is being translated into authentic drug discovery and development in China.

The efficiency of the country’s biotechs also appeals to venture capitalists. The same funding that might support an operation of 10 to 12 people in the U.S. or Europe often supports 80 to 100 employees – many with advanced degrees – in China. Plus, the country’s entrepreneurs are more willing to “bootstrap” their operations, with entire staffs sometimes reducing or foregoing salaries for a period to ensure the company reaches an important milestone. Few U.S. and European biotechs are willing to invest that much sweat equity, one VC observed at Chinabio.

I’m not suggesting that biotechs from around the world open an office in China, learn to speak the language or add Chinese characters to their business cards. But as Wuxi App Tec’s Steve Yang – one of the country’s celebrated “returnees” – observed at Chinabio, “Seeing is believing.” Meetings in the country lead to a quick appreciation that China’s biotech companies will play a significant role in the next generation of global drug development. But China is a country in which relationships are paramount and trust isn’t built overnight. As an executive at one European start-up observed at Chinabio, “I’ve learned that, in China, I need to meet with a company five times, and on the sixth meeting we can start to talk business.”

And that’s a key reason why biotechs need a China strategy. There’s much to be gained for both sides, with benefits to a vast patient population. But the conversations need to begin today.