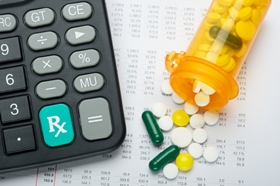 As the biggest names in cancer care gather at the American Society of Clinical Oncology's 50th annual meeting in Chicago, talk of the exorbitant cost of new cancer drugs is no doubt echoing in the halls of McCormick Place.

Outrage is easy to summon. At nearly $10,000 a month the average cost for a branded oncology drug in the U.S. is double what it was a decade ago and a full fifth of annual median household income. Last year, 10 new oncology drugs joined the fray, helping drive global spending on cancer therapeutics to $91 billion. Newer targeted therapies accounted for nearly half the bill and the majority of the cost fell to payers in the U.S and Europe, according to the IMS Institute for Healthcare Informatics.

But focusing on sticker shock misses the big picture, suggests Robert Goldberg, vice president and director of programs at the Center for Medicine in the Public Interest (CMPI). The big win from new cancer therapies – even the high-priced ones – is more than $350 billion in savings to the health care system since 1990, he said in a recent CPMI analysis. That savings came from reduced hospitalizations, fewer emergency room and doctor's office visits, and less need for home health care.

The return on investment from greater access to innovative cancer therapies in the U.S. is undersold, according to Goldberg. “To fairly evaluate the cost effectiveness and who should or shouldn’t receive new cancer therapies, we have to look beyond price to consider the larger, long-term impact,” he said.

A 2012 study, published in Health Affairs, backs him up. Even after considering the high costs of U.S. cancer care, our investment in it generated more than $500 billion of additional value for U.S. cancer patients, net of the cost of treatment, between 1983 and 1999. That said, further research is needed to assess the drivers of spending and "the relative contributions of treatments, screening, the skill of health care personnel, and other factors in improving patient outcomes," the authors said.

With ASCO proposing a fundamental revamp of the way U.S. oncologists are reimbursed for cancer care – shifting the focus from volume of services to value of services – taking stock of the true value of high-cost cancer drugs seems a rational approach.

Another position seems almost as reasonable: Costs be damned. When the lives of our friends and family are on the line, we should pay what it takes to extend their lives because they have a lot of living left to do. Goldberg, hoping to leverage that sentiment to defend the onslaught of attack on high-priced cancer therapies, has helped create a new campaign to advocate for policies backing treatment decisions based on patient benefit, not price.

We should take a step back, he said. "Let's not begin without patients. Let's measure the value of care in terms of the months we have with loved ones."

We should. But so long as cancer drug costs continue to rise and rise, we should maintain a healthy reserve of outrage over the very real costs that someone, whether patients, insurers, or governments, has to pay.

Lest the territory become too muddled, it may help to remember Warren Buffet's crisp encapsulation of Benjamin Graham's adage: "Price is what you pay; value is what you get."