Death and taxes: Is the corporate tax rate killing the U.S. economy?

By Ann Duncan
No Comments 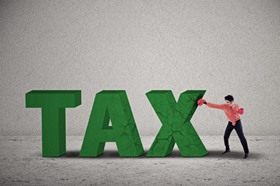 “In this world nothing can be said to be certain, except death and taxes.” Benjamin Franklin

“The only difference between death and taxes is that death doesn't get worse every time Congress meets.” Will Rogers

The IRS and the U.S. Treasury last month announced plans to squelch the trend for businesses to seek foreign tax shelters through corporate inversions. But why are companies fleeing? Because the current corporate tax rate is oppressive. (See BioWorld Today, Sept. 24, 2014.)

In an article from the political website Red State: “The Tax Foundation released its first global stat called the ‘International Tax Competitiveness Index.’ This index aims to measure two criteria, competitiveness and neutrality, by examining ‘the extent to which a country’s tax system adheres to,’ these ‘two important principles of tax policy.’

“The index accounted for more than 40 tax positions and policies. In their analysis, two of the most damning reasons for ranking the United States near the very bottom of the list include the highest corporate tax rate (39%), as well as the ‘rare demand that money earned overseas should be taxed as if it were earned domestically.’ As such, the United States outranked only Portugal and France and was placed 32 out of 34 industrialized nations,” the article on Red State explained.

Corporate inversion is a tactic used by large companies to lower their tax rates by moving their official corporate headquarters to a foreign location but keeping most of their operations in their home nation. Examples of corporations that have pursued this angle include Burger King, Medtronic Inc. and Abbvie Inc, with varying degrees of success. (See BioWorld Today, Oct. 17, 2014.)

After the IRS/Treasury announcement, Medtronic opted to redesign its escape from high U.S. tax rates. Instead of using an inversion to merge with Irish company Covidien plc, Medtronic is using outside financing to complete the deal, which will probably be final in 2015. “A new Irish holding company ‑ Medtronic plc ‑ will serve as the parent company of the new combined entity and will be listed on the NYSE. The company will maintain principal executive offices in Ireland and operational headquarters in Minnesota. Through this combination, Medtronic plc is expected to generate significant free cash flow, which it will be able to deploy with greater strategic flexibility, particularly in the U.S.,” a New York Times article stated.

Abbvie, too, has had a change of heart, backing out of its deal with Shire plc, of Dublin. Now the North Chicago-based corporation is stuck with a huge penalty, a $1.635 billion break-up fee. (See BioWorld Today, Oct. 21, 2014.)

I realize that tax revenue is needed to operate our government, keep the peace, take care of the infrastructure, etc. However, as a conservative who believes in a free market economy, I contend that a larger government has resulted in an increased amount of regulations and a growing need for taxes to keep the behemoth humming along. The economy continues to struggle, and corporations search for ways to survive. The business of business is to make a profit.

Would a repatriation tax holiday help?

Former President Bill Clinton recently suggested that the IRS bring foreign earnings back into the U.S. through a tax holiday on repatriated earnings, during an interview with CNBC. "America has to face the fact that we have not reformed our corporate tax laws," he said. "We have the highest overall corporate tax rates in the world. And we are now the only OECD [Organisation for Economic Co-operation and Development] country that also taxes overseas earnings on the difference between what the companies pay overseas and what they pay in America."

"Everything we are doing now, including these inversion rules, I have no problem with," Clinton added. "I understand the Treasury Department is legally obligated to get as much revenue as is owed that they can collect. But we are bailing water out of a leaky boat."

According to Matthew Glans of the Heartland Institute, by using a tax holiday, “corporations would be allowed to bring profits held overseas back to the United States and pay taxes on them at a rate possibly as low as 5.25 percent instead of the current 35 percent. Tax collections almost certainly would rise, though they would decline once the holiday expired and rates returned to their current level. Tax holiday proponents say it could inject up to $1 trillion into the U.S. economy at no cost to taxpayers.

“Such a tax holiday would be only a temporary first step in a needed overhaul of U.S. corporate tax policy. The long-term solution is to reduce the corporate tax rate permanently to a level competitive with other nations while switching to a territorial tax system that exempts most foreign profits from U.S. taxes,” Glans wrote.

In my opinion, if the U.S. lowers the corporate tax rates, we will see more corporations staking their headquarters in America, and that in turn will bring more money into the Treasury. Instead of threatening companies like Abbvie and Medtronic, let’s invite more businesses in, by lowering taxes and creating incentives like a repatriation tax holiday.