As researchers unlock the brain’s mysteries, let’s not overlook the real questions 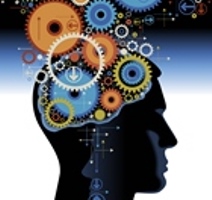 Covering the American Academy of Neurology's (AAN) 67th annual meeting in Washington – a gathering of nearly 13,000 clinicians, researchers, students, industry reps and even a few patients – was an exercise in exhaustion and a labor of love. I have a vested interest in this space, having lost my mother to glioblastoma before I reached my teens and my mother-in-law, just months ago, to Alzheimer’s disease.

An even more compelling interest is the well-being of my husband, who was diagnosed with epilepsy at age 15, a year after a head injury during a soccer game. At age 40, he developed prosopagnosia following epilepsy surgery designed to halt his refractory seizures. He is still not seizure-free. He has not driven for most of our 35-plus years of marriage, and although he had a productive career for 25 years, he is now on long-term disability.

I don’t pretend to understand every nuance of neurology, and I only scraped the surface of the thousands of posters and presentations presented at AAN. They covered a dizzying array of indications that, for the most part, we feature in BioWorld Today, such as acute ischemic stroke, amyotrophic lateral sclerosis, autism, dementia, Huntington disease, migraine, multiple sclerosis, neurological infections, neuro-oncology, Parkinson’s disease and sleep disorders. A few other topics were less familiar, mostly because they require surgical intervention rather than a therapeutic approach.

The passion and vision of young researchers who presented posters and “data blitzes” at the AAN meeting were wonderful to witness, and it was heartening to hear the number of scientists and clinicians who had patients at the top of their agenda. But there are also sharp controversies, as the meeting made clear, with important implications for patient care.

There’s a danger when the research project becomes more important than the answer and when the profit potential of a therapy supersedes the health and safety of the patients who might become end users. In the mad scramble to pursue every scientific thesis that comes along or to develop the so-called “first-in-class” solution in an indication with no approved therapies, there’s often tremendous pressure to ignore ethical challenges or skimp on details. Whether in basic science, therapeutic development or clinical care, medical professionals should never allow these to happen.

Speaking at the AAN meeting’s Presidential Plenary Session, Daniel Lowenstein of the University of California at San Francisco said every newly diagnosed epilepsy patient asks three questions: Why did this happen to me? Can you help me? And what does my future hold? For the most part, Lowenstein added, neurologists still can only answer those questions with educated guesses. He’s right on both counts. In my husband’s case, after 40 years living with complex partial seizures he is no closer to learning those answers than he was at 15. In the meantime, a whole new set of questions has emerged as he weathers middle age.

I would argue that the same three questions Lowenstein posed about epilepsy ring true across the vast majority of neurological conditions. They were the same questions my mother asked in the late 1960s about her brain tumor and my mother-in-law asked 10 years ago about her memory loss. These are the fundamental issues on which researchers and clinicians must stay focused.

In fact, brain health should be a topic of concern to each of us. Each of us has a family member or dear friend who has wrestled with a challenging neurological diagnosis and the unsettling dearth of answers. We all have a stake in this game.

As Lowenstein maintained, answers to some of the most challenging questions in neurology may be right around the corner. Understanding of the genetic underpinnings of many neurological diseases is increasing at an astonishing rate. Drug pipelines have never been plumper, and increased collaboration offers the potential for more effective clinical trials that generate better data and offer the prospect of answering those key questions.

But scientists and clinicians must never lose sight of the patients whose interests are at the heart of these efforts. Neurological diseases need new approaches but they also need tested and legitimate treatments, not science for the sake of science.