Home » Blogs » BioWorld Perspectives » Yes, there’s a doctor in the House (and Senate)

Yes, there’s a doctor in the House (and Senate) 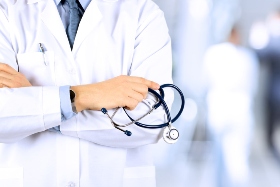 It was out with the old and in with the new Tuesday as the 114th U.S. Congress gave way to the 115th. Among the new delegates taking their seats in the House were a few more doctors, a dentist and the head of a Texas company that commercializes medical-related technologies. And the Senate welcomed a member who has done a stint as an attorney for a major hospital.

The new members won’t be a novelty in a Congress that’s already home to more than a dozen doctors, nurses, a pharmacist and other health care providers. That’s a far cry from what it was in November 2001 when Sen. John Boozman (R-Ark.), an optometrist, first took his seat in the House following a special election. At that time, only a few doctors, a dentist and a psychologist were among the congressional ranks.

With health care at the forefront of national issues, Boozman told BioWorld Today that frustration is driving health care professionals from the practice of medicine into the halls of Congress with the hope that they can make a difference for patients throughout the country. For the most part, they come from small private practices, and they have experienced first-hand how well-intended legislation and regulations play out in real life.

“I think it’s just frustration. . . . Sometimes things can sound good, but you don’t realize the unintended consequences,” Boozman said in explaining the motivation for exchanging a stethoscope for the bedlam of Congress.

As a result, health care providers have made a difference by having their voices heard in congressional committees and on the floor of the House and Senate. Many of their colleagues look to them for explanations of how the system works, as well as advice in drafting legislation on health care issues.

By serving in Congress, doctors and other providers have stopped proposals that could have had serious impacts on patients. For instance, they spoke up loudly and authoritatively when Medicare proposed a nationwide “experiment” on the reimbursement of Part B drugs that are administered in a doctor’s office. The concern that the pilot program would shutter private practices, forcing patients to have to travel longer distances to more expensive hospital-affiliated services, forced Medicare to scrap its plans, which had been slated to take effect this month.

Health care professionals also helped shape and push through the 21st Century Cures Act in the closing days of the 114th Congress. But the work isn’t done. The 115th Congress will be tasked with passing drug and device user fee agreements before Sept. 30. It will face continued pressure to increase research funding at the NIH and to dismantle the Affordable Care Act, including the medical device tax. And it will grapple with controlling health care costs, including the price of insurance and drugs.

“Drug prices are a huge issue,” Boozman said, adding that Congress needs to make sure bureaucracy isn’t adding to the cost. Malpractice reform also could help, he said. Besides increasing drug and device prices, malpractice claims have left many counties in the country with no obstetricians, the senator noted.

While such issues impact drug and device makers as much as they do providers, representatives from biopharma and med tech have yet to seek a direct role in Congress. Instead, they seem to be content to speak vicariously through lobbyists, trade associations and campaign donations. However, industry could more effectively shed light on the health care issues facing the country and shape policy if it, like the medical practice, had a few of its own serving in Congress.