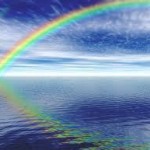 Racial profiling – long in the realm of bad law enforcement – was criticized as bad medicine, too, in a recent paper by scientists from the Mount Sinai School of Medicine.

The reason? As the authors put it, “cosmopolitan cities now include many individuals whose genetic heritage is drawn from multiple continental origins.” In other words, there’s no such thing as racial purity.

In their paper, which was published in PLoS ONE and which you can find here (http://ow.ly/4YxK6) the team genotyped nearly 1,000 participants of Biobank, a program that collects DNA and plasma samples to aid in genomic and personalized medicine research from patients “representing the diverse communities surrounding the Mount Sinai Medical Center.”

Biobank participants are asked to self-identify as Caucasian, African-American, or Hispanic. But calling yourself something doesn’t make it so: the researchers found that depending on the criteria they used, they could justify racial categories that ranged from subdividing Hispanic samples into three separate groups, to tossing them into one group with the African American samples.

The authors concluded that their data “forcefully underscore the diminishing relevance of the descriptors currently used for the two principle minority groups in the US.” Scientists are sometimes criticized for spending good money to prove what grandma could have told you, and I do remember grandma telling me that you can’t judge a book by its cover. But she never mentioned that you can’t judge a book’s heart disease risk by its title.