Home » Blogs » BioWorld Perspectives » BIO XVIII: What A Long Strange Trip It's Been

BIO XVIII: What A Long Strange Trip It's Been

By Donald R. Johnston
No Comments 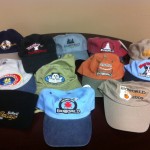 Editor’s note: This editorial about the Biotechnology Industry Organization conference, written by BioWorld’s publisher, originally appeared in a 2007 edition of BioWorld Perspectives, just before BIO in Boston. We asked him to update it for BIO 2011, which begins this weekend in Washington, D.C.

He saw me approaching, and glanced down at the pink bar on my name badge and the word "Media." He pointed his finger at me. "You're a part of it!" he said, tauntingly.

My conversation with this earnest young protester in San Francisco in 2004 remains one of my most enduring BIO memories.

We talked for 10 minutes. I said that while I admired his passion and his willingness to stand up for what he believed in, I thought his protests were misguided. One can readily witness humankind's most intractable urban ills within a few blocks of the Moscone Center. His energy would be put to much better use on them, I suggested. And if by "it," he meant chronicling in BioWorld an industry striving to find cures for diseases, creating crops that require less pesticide to thrive, and using enzymes to gobble water pollution, I said I didn't have anything to be ashamed of.

Somewhere out there, one can find the true hard-core BIO people, those packing their comfortable shoes and their smartphones and heading to D.C. shortly for their 19th BIO conference. I missed the first one in Research Triangle Park, N.C., but I have traveled to every one since. Washington will be No. 18.

We can track the growth of the sector, in part, by how this meeting has progressed, ever since two separate biotechnology groups merged and became one, the Biotechnology Industry Organization. According to BIO's records, 1,400 people attended the RTP meeting in 1993. The following year, 2,125 gathered in Toronto. I remember barely leaving the Royal York Hotel at BIO 1994, although I see from the program book, which I still have, that the 200 exhibitors set up at the Metro Toronto Convention Centre nearby. BioWorld exhibited for the first time the following year, an event, if memory serves, entirely contained within the San Francisco Hilton.

This year, BIO 2011 will likely break the 15,000 mark in attendance (2007’s conference in Boston had the highest headcount, with more than 22,000 attendees). The 1,700 exhibitors (including BioWorld in booth 4729) will fill acres of space in the Walter E. Washington Convention Center. BIO 2011 has 43 affiliated hotels, all of them likely full.

Some complain about the size. Along about Seattle in 1999, when BIO outgrew hotel spaces and graduated to convention centers, it became impossible to count on running into all of the people you hoped to see at BIO. You had to make arrangements ahead of time, appointments to sit together at a plenary breakfast, to meet for coffee between sessions, to talk at a booth in the exhibit hall or to party together at the hospitality suites.

But I like BIO's spectacle, its World's Fair essence. I like that it attracts protesters. We at BioWorld have always attacked it with gusto. We try to make it fun:

On the one hand, I require everyone I send to come home with a pocket full of business cards from their networking across the three or four days. On the other hand, we compete in a celebrity-sighting contest to keep things interesting. State governors count. The premiers of Canadian provinces count. Jim Greenwood counts. Inevitably, we'll have spirited debates about whether the Minister for Trade and Economic Development from Thailand counts as a bonafide celebrity. (No.) Someone, while en route to BIO one year, saw Richard Simmons, gym suit and all, in the airport. (Also no.)

For the most part BIO has not disappointed. It was an unmistakable thrill, regardless of what you thought personally about either one, to hear then-President Bush in Washington in 2003 and former President Clinton in Chicago in 2006. The excitement reached its apex, I think, among the international delegates: They had seen the President of the United States live and in-person. Last year, of course, BIO brought both Bush and Clinton together on stage.

As the last presidential election campaign in 2008 heated up, it occurred to me that I had met and shaken hands with at least one early candidate from each party at previous BIO meetings: Tom Vilsack, the former governor of Iowa, a Democrat, and Mitt Romney, the Republican former governor of Massachusetts. What about 2012 and beyond? Romney’s hat is back in the ring. I heard Jeb Bush speak one year in the Florida booth at BIO. Tim Pawlenty hosted a joint State of Minnesota-Province of Manitoba BIO party that I attended. And maybe Kathleen Sebelius will run for president someday? I met the current HHS secretary as the governor of Kansas in her state’s pavilion at BIO years ago

Speaking of parties, I find it amusing when talking to people about their BIO memories, how many of them mention a reception, a soiree, a bash somewhere: the Cezanne exhibit in Philadelphia; eating barbecue in the outfield at San Francisco's ballpark; the night BIO took over San Diego’s Gaslamp Quarter or filled Chicago’s Field Museum; drinking whisky with the Scottish; drinking beer with the Belgians.

The best BIO party of all-time? BioWorld’s reception outdoors on a beautiful May night at the Margaret Mitchell House on Peachtree Street in Atlanta in 2009. That’s just my opinion, though.

BIO draws many different constituencies. Delegates arrive with a full schedule of partnering meetings. Others immerse themselves in the educational tracks. Some display their wares in the exhibit hall. Regardless of your particular objectives, here are some suggestions based on 17 years of riding the escalators, racing from session to session, backpacking through the exhibit hall, and roaming the hospitality suites:

1. No matter where you are going, get there early. Don't get mired at the end of the line, ever — for your badge at registration, for a seat at lunch to hear Tony Blair, for appointments in the business forum.

2. Bring your business cards, lots of them. Few things make us look more unprofessional than having to admit, sheepishly, that we left them back at the office.

3. Visit the exhibit floor. I am not just saying that because you will find BioWorld there (remember, that was booth 4729), but because the array of products, services, and nations represented will dazzle you.

4. Say hello to attendees from other countries. Biotechnology truly knows no boundaries. BIO expects visitors from 65 countries next week. I’ve met biotech people from Estonia, Argentina, Singapore and all points in between.

5. Check out what promises to be a terrific breakout session, “Starting Up Biotechs in the New Normal World,” moderated by BioWorld Managing Editor Lynn Yoffee, at 10 a.m. on Wednesday in Room 149AB.

6. Take a break from BIO, brave the legendary D.C. heat and humidity, and enjoy the city. Our parent company, Thompson Media Group, is headquartered in Washington, so it’s my home away from home. Some of my favorite experiences? Walking along the old Chesapeake & Ohio Canal in Georgetown; enjoying a chili half-smoke at the famous Ben’s Chili Bowl on U Street; looking for my childhood friend Howie Bruckner’s name among the 58,195 inscribed on the immensely moving Vietnam Veterans Memorial;  and just watching and listening to the visitors from all over the globe who gather to take pictures by the fence, at all of hours of the day and night, at 1600 Pennsylvania Avenue.