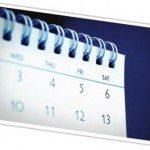 BioWorld doesn’t have an editorial calendar outlining our planned coverage, because so much of what we write depends on breaking news. That said, here’s a sneak peek at the stories most likely to end up on our cover before the year is up.

The Obesity Society annual meeting (1-5): With Orexigen Therapeutics Inc., Vivus Inc. and Arena Pharmaceuticals Inc. in various stages of responding to FDA concerns and slogging forward once again, the potential (futility?) of obesity therapeutics is sure to be a hot topic.

BIO Investor Forum (25-26): BioWorld will be on site in San Francisco for this one – drop us a note at newsdesk@bioworld.com if you’ll be there, too!

The American Association for the Study of Liver Diseases: The Liver Meeting (4-8): With the recent launch of Vertex Pharmaceutical Inc.’s Incivek and Merck & Co. Inc.’s Victrelis, HCV will be top on the agenda at this year’s liver meeting. Expect plenty of focus on up-and-coming antivirals as well. BioWorld will be there to tease out and report the top news.

Iluvien PDUFA (12): After a complete response letter in late 2010, Alimera Sciences Inc. and pSivida Corp. are at it again with diabetic macular edema drug Iluvien.

Neuroscience (12-16): Big pharma may be pulling out of some areas of central nervous system drug discovery, but that leaves all the more opportunity for biotech.

Ruxolitinib PDUFA (3): Incyte Corp.’s JAK1/JAK2 inhibitor for myelofibrosis is expected to be a strong seller, though YM Bioscience Inc.’s CYT 387 could be a fierce competitor in a few years.

American Society of Hematology’s 2011 ASH (10-13): BioWorld will be on-site at this blood cancer extravaganza, where there’s never a shortage of exciting data and controversial discussion, such as on the FDA’s feeling about single-arm Phase II trials as a basis for approval.