Casting Calls for Pfizer: The Movie

By Mike Williams
No Comments 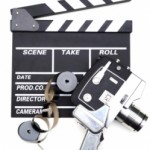 In the August 15, 2011, issue of Fortune, the story “Inside Pfizer’s palace coup” provided a detailed account of the ouster of Jeff Kindler, CEO of Pfizer Inc. until December 2010.

Some watchers of Pfizer’s R&D efforts are victims of several “brutal layoffs” within the company. Others are pharma outsiders who debated with management as to whether there actually was a “Pfizer model of drug discovery” and, if so, the advisability of trying to emulate it.

The description of Pfizer as a “dysfunctional pharmaceutical giant” and the drama and politics of Kindler’s ouster came as confirmation that Pfizer was no better than any other pharma in ensuring the sustainability of its pipeline especially with its “ossified culture.”

Makings of a Best-Selling Movie

The Fortune piece has all the makings of a best seller along the lines of Smartest Guys in The Room (Enron), Barbarians at the Gate (RJR) or Too Big To Fail (Wall Street). The elements for a great movie that would appeal to the general public also are present: money; the politically adept; a micromanaging, indecisive and abrasive CEO; the antagonistic and manipulative head of HR, primary confidant of the CEO; and the éminence grise in the form of a previous CEO. Oh ? and money. An actual character for the head of R&D, “a ship passing in the night” is not covered in the article.

In considering a movie, much amusement can be derived in contemplating actors for the lead character roles. The Kindler part would be well served by Donald Sutherland reprising his politically adept, ruthless CEO role in Disclosure.

Based on the article, the HR head would be a natural for Meryl Streep ? not a reprise of her bubbly performance in Mamma Mia, but an amalgam of parts she has deliciously (The Devil Wears Prada) and maliciously (Doubt) played.

The éminence grise would be a perfect role – minus the gun ? for Edward Fox (The Day of the Jackal).

Casting the head of R&D ? like that in real-world Pfizer ? is challenging given that three individuals held this role in the five years or so that Kindler was CEO. While many researchers might consider Bruce Willis or Tom Cruise playing this role, Tom Hanks reprising his role as the improbable Robert Langdon from The Da Vinci Code would be a better candidate as might Russell Crowe (The Insider) or Matt Damon (The Informant!)

The options remain endless. Notwithstanding, the Pfizer palace coup may be a timely, if not enjoyable movie as it documents the case against pharma megamergers, the cadres of “outsourced” scientists in Ann Arbor, Fresnes, Groton and Sandwich and the helicopters traversing the East Coast.