Election 2012: What it means for device makers 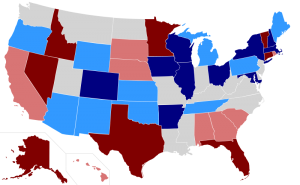 There’s a saying that elections have consequences, an observation that has special meaning for the highly regulated medical device industry. Here are a few things for device makers to bear in mind as 2012 gives way to 2013.

Supreme Court vacancies: Is PMA pre-emption back in play?

The last time the U.S. Supreme Court reviewed FDA’s pre-emption of state regulatory mechanisms for PMA devices was Riegel v. Medtronic in 2008, and the decision came out in favor of the defendant. We previously discussed how the election might converge with retirements on the Supreme Court, but industry cannot assume pre-emption is a dead issue. The folks at Public Citizen were highly agitated at the outcome and surely will look for another crack at this.

Reading the outcome in Reigel as an 8-1 decision is a bit simplistic if only because Justice Stevens sided with the majority somewhat grudgingly. In any case, Justice Souter, who voted with the majority, is gone, as is Stevens, replaced by Justices Sotomayor and Kagan, who can reasonably be presumed to tilt toward eliminating pre-emption.

Justice Ginsburg, the lone dissenter in Riegel, is expected to retire sometime soon as might Justice Breyer. If President Obama has to replace anyone besides Justice Ginsburg, it’s likely to be either Justices Scalia and/or Kennedy.

Thus the votes you have for ending pre-emption are: Kagan, Sotomayor, and the replacements for a list that may include Ginsburg, Breyer, Kennedy and Scalia. If the White House replaces both Ginsburg and only one conservative jurist, all you have to do is flip Breyer – or replace him with someone who goes along should he retire – and you’re there.

I’d argued previously that Jeff Shuren might be on the hot seat in his post as the chief of FDA’s device branch should Romney win, but that appears to be a non-issue. Yes, some in the House and Senate will continue to grill Shuren like cheap ground beef, but if the e-mail surveillance and the miscue by Bill Maisel, MD, can be overlooked, who’s to gripe about a rescinded 510(k) application?

FDA commissioner Margaret Hamburg is also safe, although it remains to be seen whether she’ll want to stick around. It’s a grueling job, as is the CDRH directorship, so who could blame her for finding the door? I might point out that Shuren has been in the HHS bureaucracy for some time, but this was new to Hamburg in 2009. She might voluntarily say adios. He won’t, not yet anyway.

By the way, anyone who thinks HHS Secretary Kathleen Sebelius will retire has to give me a good reason for thinking so. Secretaries often hang it up after one term – especially the one working at Foggy Bottom, a job that rarely lasts more than four years – but Sebelius has been an unusually enthusiastic cheerleader for the Affordable Care Act. She might leave, but I doubt it.

The Republican Party did well in the House but managed to lose three seats in the Senate. Scott Brown lost his Bay State seat to Elizabeth Warren, who is no fan of the device tax and hence might be counted on in other votes important to industry, but now there’s the chatter that the other Massachusetts senator, John Kerry, may take Secretary of State Hillary Clinton’s job. Should that prove out, there’s a new wild card in the Senate, and there’s no guarantee it’d be Scott Brown.

The Indiana seat once held by Richard Luger has gone to the Democrats, and there’s no way of telling how Joe Donnelly will vote. Donnelly generally does not seem to favor high taxation, but can both he and Warren, two freshman senators, afford to buck the system on sensitive votes? If you know anything about Senate majority leader Harry Reid, you might not be very optimistic.

Angus King is a purported independent who took the seat vacated by Olympia Snowe in Maine, but King is on record as supporting the Affordable Care Act. He is also expected to caucus with the Democratic Party. Score one for those who think device makers are the problem.

Bottom line: The device industry cannot assume its fortunes were enhanced by the 2012 elections.