The FDA granted accelerated approval to Viltepso (viltolarsen) to treat Duchenne muscular dystrophy patients (DMD) who have a confirmed mutation of the DMD gene amenable to exon 53 skipping, pitting it against Sarepta Therapeutics Inc.’s Vyondys (golodirsen), which was given accelerated approval last year in a controversial decision by the FDA following an agency complete response letter (CRL) highlighting safety concerns.

No such trouble hit Viltepso, a morpholino antisense oligonucleotide developed by Nippon Shinyaku Co. Ltd., of Kyoto, Japan. An NDA seeking accelerated approval was filed in October by Nippon Shinyaku’s U.S. subsidiary, NS Pharma, and accepted by the FDA in February, with priority review. The drug previously gained approval in Japan, where it was launched earlier this year.

FDA approval was based on data from two studies with a total of 32 patients with genetically confirmed DMD. The increase in dystrophin production was established in one of those two studies, which included 16 patients, half of whom received Viltepso at the recommended dose. Findings from that trial, later published in JAMA Neurology, showed statistically significant increases in mean dystrophin expression (40 mg/kg/wk: p<0.001; 80 mg/kg/wk p=0.012), with mean dystrophin levels of 5.7% and 5.9% observed in comparison to mean baseline levels of 0.3% and 0.6% in 40-mg/kg/wk and 80-mg/kg/wk groups, respectively. Fourteen patients (88%) reached dystrophin levels greater than 3%.

While the agency concluded the data showed an increase in dystrophin production likely to predict clinical benefit, a clinical benefit was not established. As part of the accelerated approval, the FDA is requiring a confirmatory trial. In making its approval decision, the FDA said it considered the “potential risks associated with the drug, the life-threatening and debilitating nature of the disease, and the lack of available therapies.”

DMD, a rare, fatal X-linked degenerative neuromuscular disorder, affects one in every 3,500 to 5,000 males born worldwide and is caused by genetic changes blocking functional dystrophin, a protein vital for strengthening and protecting muscle fibers. DMD patients with a mutation amenable to exon 53 skipping comprise roughly 8% of the DMD population. 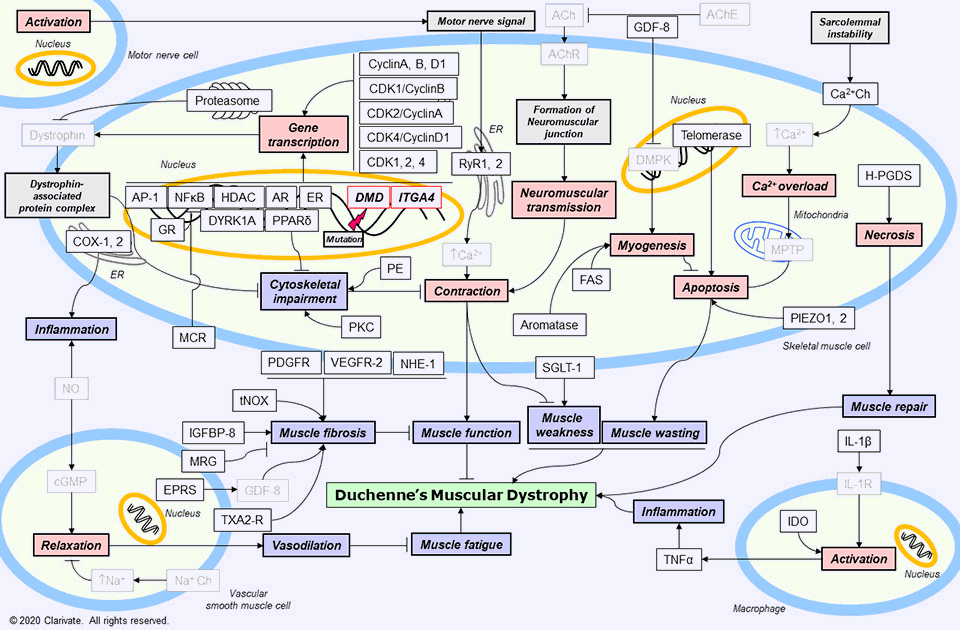 In December 2019, Sarepta’s antisense oligonucleotide Vyondys won FDA approval in what appeared to be an about-face for the agency, which only a few months before declined to grant accelerated approval. Sarepta disclosed that the CRL cited two primary concerns: infection risk related to I.V. infusion ports and renal toxicity noted in preclinical models and observed following administration of other antisense oligonucleotides.

A month after the surprise approval, however, additional information was made public. In an unusual move for the FDA, the agency released the full text of the August CRL, which further noted that the infection risk with the drug put “vulnerable boys at ever greater risk of complications and death" than if they had not been treated with Vyondys. The CRL also took Sarepta's team to task for failing to have begun a confirmatory trial for Exondys 51 (eteplirsen), a drug approved earlier for DMD covering mutations amenable to exon 51 skipping, as required by the accelerated approval pathway and which was at that point nearly three years overdue. It has since begun.

Kidney toxicity was not observed in the Viltepso trials, though the FDA noted that the clinical experience with NS Pharma’s drug is limited and kidney toxicity has been observed with some antisense oligonucleotides. It recommended that kidney function be monitored in patients taking Viltepso. The most common side effects observed from data pooled from the two Viltepso studies were upper respiratory tract infection, injection site reaction, cough and fever.

In May, Nippon Shinyaku enrolled the first patient in a phase III study, to include sites in Japan and the U.S. The 48-week study will enroll 74 ambulant boys, ages 4 to under 8, and will assess clinical efficacy that include functional tests such as Time to Stand Test, the primary endpoint.