By David Godkin
No Comments
TORONTO – Developed by Edmonton, Alberta-based Itraumacare Inc., the Itclamp has undergone multiple independent and peer-reviewed studies demonstrating its efficacy controlling blood flow from wounds to the head and neck during military combat in the Middle East. That's been enough for the U.S. Department of Defense's Committee on Tactical Combat Casualty Care to officially recommend its acquisition for use on battlefields.
Read More

By Stacy Lawrence
No Comments
Magnetic resonance imaging (MRI) machines typically require a dedicated shielded room, as well as an additional room with electronics for analytics. That makes MRI, with a typical costly system that requires whole body immersion and elaborate facilities, not particularly feasible for many health care settings.
Read More 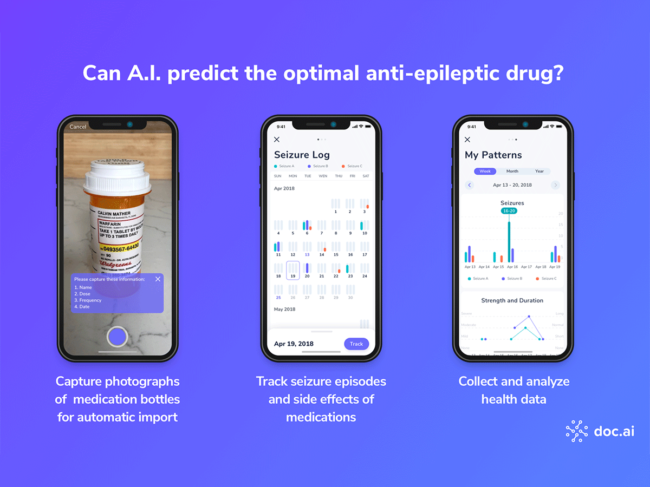 By Meg Bryant
No Comments
Palo Alto, Calif.-based startup Doc.ai is training its sights on the $9.5 billion global epilepsy market, with the aim of using artificial intelligence to help patients find the best medication to control their seizures. To that end, the company is teaming up with the Stanford University School of Medicine and the Stanford Epilepsy Center on a digital health trial to develop a predictive treatment model that will identify the right treatment at the right time for individuals living with epilepsy.
Read More

By Meg Bryant
No Comments
"Microbiome" has become a health and wellness buzzword, implicated as a contributing factor in conditions ranging from diabetes and obesity to gastrointestinal disease, autoimmune diseases and even autism. But the tools scientists use to cultivate bacteria have changed little over the past century, said Peter Christey, founder and CEO of San Carlos, Calif.-based startup General Automation Lab Technologies Inc. (GALT).
Read More

By David Godkin
No Comments
TORONTO – A total of $1.4 million in capital funding from 12 U.S., Canadian and European angel investors will help Toronto-based Cohesys Inc. complete preclinical animal studies, with an eye toward gaining approval for its nontoxic, adhesive tape for rebuilding facial bones.
Read More

By Cormac Sheridan
No Comments
DUBLIN – Abalos Therapeutics GmbH raised €12 million (US$13.2 million) in series A funding to advance a distinctive approach to harnessing viruses for immuno-oncology applications.
Read More

By Nuala Moran
No Comments
LONDON – Mogrify Ltd. raised $16 million in the first close of a series A that it expects to at least double before closing the round in the next 12 months.
Read More

By Nuala Moran
No Comments
LONDON – Mirobio Ltd. has spun out of Oxford University, raising £27 million (US$33.3 million) to develop antibody-based therapies designed to activate immune checkpoint receptors in the treatment of autoimmune disorders.
Read More

With zeal, Zielbio closes on a $25.1M series A round

By Lee Landenberger
No Comments
Zielbio Inc., of Charlottesville, Va., closed on a $25.1 million series A financing to further its lead candidate, ZB-131, a humanized monoclonal antibody against cell surface plectin, which is expressed on the plasma membrane of ovarian, pancreatic, lung and colorectal cancer cells.
Read More
Previous 1 2 3 4 5 6 7 8 9 10 11 Next