Home » Blogs » BioWorld Perspectives » What Would Albus Do? And What Should We?

What Would Albus Do? And What Should We? 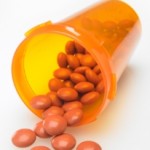 There’s a story, sometimes used to illustrate the difference between counseling and research psychology, about a man who pulls out one, then a second, then a third drowning person out of a river. When he sees a fourth, he starts walking upstream, prompting a bystander to ask “Aren’t you going to pull that one out, too?” Our hero answers “No, I’m going upstream to figure out what’s pushing all these people in.”

In the Harry Potter books, Hogwarts headmaster Albus Dumbledore reacts the opposite way to a similar conflict as he comes to care for Harry Potter in ways that are hard to square with the responsibility to the larger wizarding world which is also his duty. He speaks to Harry of wanting to “save you more pain than you had already suffered. What did I care if numbers of nameless and faceless people and creatures were slaughtered in the vague future, if in the here and now you were alive, well and happy?”

Clinical trials and their individual patients can face the same tensions. Treating patients according to the best evidence that is available now affects the evidence of the future.

One example is crossover designs, where patients in the control group have the chance to get the experimental treatment.

Even where survival effects are strong enough to be visible at interim analyses, crossover effects will affect the final survival benefit. And that’s not just an academic concern. Taking crossover benefits into account, the survival time for Provenge almost doubles. Other trials seem to have missed their endpoints altogether due to crossover effects.

I’m not here to defend sky-high drug prices. As my colleague Mari Serebrov has movingly written about on this blog post, a cure that no one can afford is no cure at all. And I rather suspect that even after you take the high price of drug discovery into account, the profit margins on a number of drugs would raise eyebrows.

But just as we can’t lose sight of the needs of the individual patient of today, we need to remember that unless the numbers add up – unless companies can survive, unless trials are set up to be able to demonstrate benefits of the drugs they test – we can also end up doing a disservice to the patients of tomorrow.