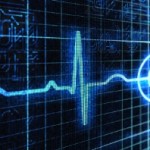 It is that time of year again when we take the pulse of the industry at the close of the third quarter. Overall we find that it is performing well, more so for public biotechs than private ones. Despite the continuing turbulence in the global capital markets investors have had no qualms about backing the biotech sector.

The welcoming capital markets allowed biotechs to take advantage of their increased stock values to conduct follow-on financing. In the third quarter more than $2.8 billion was raised through public offerings compared to only $507 million in the comparable period in 2011, according to data compiled from BioWorld Snapshots.

The same trend held true for private placements such as registered direct offerings, rights offerings and at-the-market deals with public biotechs raising $1.97 billion in the third quarter of 2012 from these financing vehicles well over double the $821 million raised during Q3 2011.

According to statistics compiled by BioWorld Insight, the biotech sector is making up for a very sluggish start to the year with a total of $13.8 billion raised in the first three quarters. This now compares more favorably to the $16.1 billion raised in the same period of 2011, which, by any standards, was considered a very hot year for biotech financing.

On the venture capital front our analysis confirms that deal making for private biotech companies still remains extremely challenging. At the three-quarter post of 2012 global private biotechs had raised $2.35 billion, 33 percent less than the $3.51 billion raised in the same period of 2011.

The public U.S. markets continue to offer an alternative for later-round companies looking for funding. Although the appetite for biotech IPOs cooled off in the third quarter with no deals taking place in August and September, eight companies have gone public year-to-date, comparable to the 9 deals we saw at this time last year. This amounts generated from the 2012 IPO transactions was $536 million compared to $503 raised in 2011.

Given the positive capital markets at the present time it is likely that we will see a flurry of companies, currently on the IPO runway, price their public offerings. According to BioWorld Snapshots there are nine biotech companies that are on the IPO runway.

For full analysis of the performance of the biotech sector in the third quarter read the Oct. 8, 2012 cover story in BioWorld Insight.