What’s 10 minus Four? Not Six, Apparently 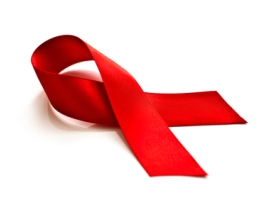 Dec. 1 is World AIDS Day, and when I reflect on AIDS, I generally do it with a sense of amazement about how far we have come in the treatment of HIV since AIDS first came to the attention of the U.S. medical establishment, in form of a cluster of pneumocystis pneumonia infections in young men, in 1981. An AIDS-free generation is no longer a pipe dream.

With all the progress that’s being made, though, I’ve been struck how one thing that seems to keep receding into the distance – like a manifestation of the joke that the future is always coming but never here – is a vaccine.

In February 2008, David Baltimore, said at the annual meeting of the American Association for the Advancement of Science that a vaccine has been at least 10 years away for the past 20 years.

Fast-forward to the July 2012 International AIDS conference, where Gary Nabel, director of the Vaccine Research Institute at the National Institute of Allergies and Infectious Disease, said that vaccines are “at least 10 years away under the best of circumstances.”

The reason this seems so striking to me is that I’ve written about AIDS vaccines for a number of years now, and there were significant advances in the time period between those two statements. In 2008, Baltimore characterized the AIDS vaccine situation as "there is no AIDS vaccine and no hopeful candidate vaccine."

Just a year later, the RV144 or Thai trial became the first clinical trial to demonstrate efficacy of an HIV vaccine, though the risk reduction was too modest to make the vaccine an option for widespread immunization campaigns.

Since then, dozens of broadly neutralizing antibodies have been identified that might form the basis of a vaccine. Researchers have gained new insights into how the B cell and T cell arms of the immune system each contribute to immunity in experimental HIV vaccines. And in one preclinical trial, about 50 percent of monkeys were protected against contracting SIV, and some appeared to be able to clear the infection, after vaccination with a viral vector-delivered vaccine.

So, dear readers: use the comments and give us your opinion. When will we be five years, instead of 10 years, away from an HIV vaccine? (“In five years” wins smart-aleck points but otherwise does not count.) And what will it take?