Patient engagement as important as the data 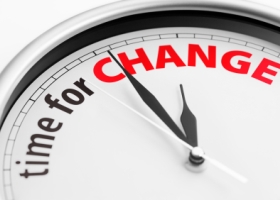 The thought of having unfettered access to all the medical and genomic data of a million Americans had researchers gathered at the National Institutes of Health’s first workshop on precision medicine licking their lips. Almost giddy with excitement, they contemplated the endless opportunities for “really big audacious research” that could lead to a man-on-the moon moment in unlocking the mysteries of life and disease.

As a patient recently diagnosed with two forms of cancer – a type of breast cancer known only for what it isn’t and an indolent lymphoma for which there is no cure – I shared their enthusiasm and their desire to partner with people like me to discover new cures and treatments.

But as the discussion turned from the possibilities to actually engaging with patients, I found myself wondering whether I would willingly share my data in this new world of research and technology they were describing. A world with no guarantees of privacy. No real safeguards against hackers. No limits on how my data could be used.

A few researchers pointed out that with genomic data, privacy and identification concerns could extend beyond the patient to encompass family members who never consented to the use of their personal information. Some recommended allowing patients to withdraw their consent – and their data – at any time. Yet others questioned the “ethics” of allowing data to be removed.

Several researchers made it pointedly clear that they aren’t expecting people like me – read “those with privacy concerns” – to participate. Instead, they’re counting on the participation of e-patients, people who are already freely sharing each step of their disease journey with countless strangers via social media. They’re also looking to “health junkies” who monitor their every breath and step with the newest in digital gadgetry. And they’re hoping to recruit from a generation that came of age in a world of a million selfies and a culture that celebrates and is entertained by the zits of reality TV.

Although the charge for forming the 1 million person cohort calls for diversity, several researchers repeatedly said the cohort doesn’t have to be representative of the U.S. population. The fact that focusing on tech-savvy health junkies and the selfie generation would skew toward the young and affluent was not a concern, so long as the researchers got unencumbered access to all that new data. With 1 million genomes at their disposal, researchers could make a lot of discoveries. But what might they be missing in ignoring the chance to engage with a broader participant pool?

At the least, the bias toward easy-to-reach participants could become a missed opportunity for a meaningful national dialogue on what informed consent should look like in the 21st century from the patient perspective, on patient expectations of privacy and on researcher accountability to participants. This is a conversation that must be driven by patients. And it is a conversation researchers and policymakers need to hear.

The workshop also revealed that researchers have a long way to go before they give more than lip service to the idea of partnering with patients. Some of them recognized that. "We don't really understand patient engagement, because we've never really done it," 23andme Inc.'s CEO Anne Wojcicki said.

That was apparent in the discussion as researchers used a new vocabulary to describe their relationship with subjects, but the underlying attitude of researcher knows best was very much evident. For instance, when someone suggested that patients, to be known in the future as “participants,” should be the ones to ask the questions and shape the future of informed consent, she was drowned out by the research “experts.”

To be fair, the afternoon session of day one of the workshop featured a few strong patient voices. But the working groups that drafted white papers for the workshop reflected a strong researcher bias. The group that tackled Cohort Identification and Participant Recruitment was comprised of academics, doctors and NIH researchers. Not a patient voice in the group. And the six-member working group on Participant Engagement, Data Privacy, and Novel Ways of Returning Information to Participants included only one patient advocate.

If the Precision Medicine Initiative is to succeed going forward, researchers and policymakers should spend at least as much time truly engaging with patients – including those of us with privacy concerns – as they do contemplating the potential treasure trove of data that’s almost at their fingertips.