You’ve come a long way, baby, but still a long way to go 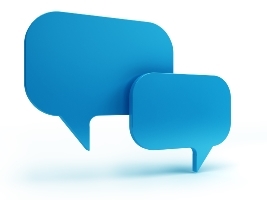 Patients have come a long way to get a say in the drug development and approval process. But there’s still some ground to cover if they’re going to move from the passive subject role to a 50-50 partnership that reminds researchers, drugmakers and regulators that, “Hey, this is all about us!”

While major drugmakers have been hiring senior-level staff to connect and interact with patients and to incorporate the patient perspective into their R&D for a while now, the regulatory field is making slim – albeit positive – advances in that direction.

In the past, patients often testified during the public hearing sessions of advisory committee meetings, urging approval of a new drug and begging for options to treat life-threatening diseases. Too often, their words fell on deaf ears, as the committee members focused on statistical significance and the conduct of a study rather than the real-life outcomes of patients who actually experienced the risks and benefits of the trial drug.

Last week’s joint meeting of the Cellular, Tissue and Gene Therapies and Oncologic Drugs Advisory Committees  was different. At least some of the panelists truly listened to the patient stories. Louis Diehl, a professor at Duke University Medical Center, cited that experience in unequivocally recommending approval of Amgen Inc.’s melanoma immunotherapy talimogene laherparepvec, or T-vec. A few others also referenced the patient testimony in justifying their yes votes.

Before the final vote, another panelist – a melanoma oncologist – invoked patient need when he argued against his colleagues who wanted the indication narrowed to patients with “unresectable” melanoma. Patrick Hwu, an oncology professor at the University of Texas M.D. Anderson Cancer Center, noted the variety of definitions of “resectable” among oncologists in the field. Restricting T-vec to unresectable melanoma lesions would restrict patient access, Hwu said, as both private and public payers could use that restriction to deny coverage of what could be an expensive treatment.

Oncologists shouldn’t be put in a situation of recommending what might be a life-saving treatment to a patient who is out of options, only to find that Medicare or the patient’s insurance won’t cover it because the payer, which hasn’t laid eyes on the patient – doesn’t consider the lesions unresectable.

The next test of how far patients have come in making their voice heard will be at the FDA when it decides whether to approve novel therapies like T-vec. But the ultimate test of the power of the patient voice looms over drug pricing.

Will patients be able to leverage their growing relationship with drugmakers to change the “what-the-market-can-bear” pricing scheme that makes the U.S. drug market one of the costliest, and most innovative, in the world?

And, perhaps more importantly, will Medicare and private payers join researchers, drugmakers and regulators in finally listening to what patients have to say?