Ignoring the science for a bigger box of crayons 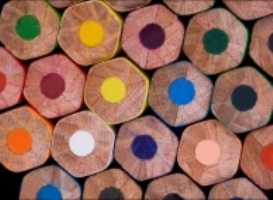 Once upon a time in the days before enlightenment, we tried to use science to develop our drugs. Believe it or not, researchers actually had to come up with a hypothesis of how a drug might work, what disease it might tackle and who it might work for – before testing it in a crayon box of humans.

In the early days, the focus was on drugs that worked for the average patient. In their rush to develop these drugs, sponsors were exclusive, almost elitist – some would say even discriminatory – in the patients they allowed in their clinical trials. Many studies were for one type of human crayon only –white males – even though women and minorities got sick, too, and often reacted differently to a drug.

Noticing the differences in the real world, doctors, patients and their advocates spoke up. First, it was about women and children. Then it spread to minorities – once our knowledge of science began to catch up with the fact that genetic differences can, and do, affect the way a drug works in individuals.

Responding to the outcry and seeing new prospects for drugs that work in some patients but not every patient, drug sponsors, at least a few of them, began to follow the science into a bigger box of crayons, gradually welcoming women and minorities to their clinical trials. Nitromed Inc. went so far as admitting only African Americans in its heart failure study evaluating a fixed-dose combination of isosorbide and hydralazine. As a result, its Bidil was the first drug approved by the FDA based on race.

An unresponsive market may have chilled further research along those lines, and many sponsors continued to drag their feet on diversifying their trial populations. Recruiting for diversity was hard and sometimes costly. And those who tried to recruit more women and minorities still balked at admitting patients in their 70s and 80s, even when they would be the most likely ones to get the drug should it be approved.

Who could blame them? People that old are just too sick to be in a trial, and they might die or be lost to follow-up halfway through. We all know how that could delay a trial and endanger approval, increasing costs and depriving others of a much-needed new treatment that, in actuality, might offer little to no improvement for the people most likely to get the drug.

But I digress. That’s a rabbit trail for another day and another blog.

A new era arrived when Big Data, with its promise of precision medicine and genuine cures, intrigued researchers and challenged biopharma. Seeing higher prices if they could produce the right treatment for the right patient at the right time, several drug companies climbed on board, as did the regulators, even though they were still grappling with the science.

Looking at the mountains of data that were possible, some of the regulators and experts questioned the old ideas about diversity. Should a trial population reflect the population at large? Or the prevalence of a disease among various subgroups? Were age, gender and ethnicity the proper dividing lines for diversity? Or for some drugs or illnesses, would diversity in other factors – like weight, renal function, co-morbidities or personal behavior – make more scientific sense?

As the researchers dug into the data, they even questioned their ideas about race and ethnicity. Since the scientific differences were in the genes, were genetic data more important than artificial constructs of self-identified ethnicity and race?

Behind all the questions was the unchanging standard: Develop a scientific hypothesis for why a particular drug might work, what disease it might tackle and who it might work for. Then set about testing the hypothesis.

Following that standard, some biopharma companies pursued precision medicine that brought breakthroughs and real cures for many hard-to-treat or never-before-treated diseases. Others remained on the safer, monochromatic, me-too route of drug development.

Then enlightenment dawned. Drugs are about feeling good. About making people feel good. What could make people feel better than being included? Having inclusion/exclusion criteria for a clinical trial, regardless of the science behind it, is the antithesis to diversity and feeling good.

Yes, there was pushback at first. The researchers and regulators tried to hold to the unenlightened ways of old. “Show us a hypothesis,” they demanded. “Consider the genes,” they urged. “Look at the science,” they pleaded.

But the policymakers and inclusionists held their ground, refusing to be silenced or outshouted. Nobody should be excluded from a drug trial. It might offend them or make them feel bad. And, should they ever contract the disease a trial targeted, they might not have confidence that the drug would work for them because it wasn’t tested in someone with their gender identification who shared their ethnicity preference, lifestyle choices, and political and religious ideas; had the same birth order, astrological sign, and color of eyes and hair; grew up in the same town, attended the same schools and made identical grades; earned the same income, worshipped the same celebrities, drove the same model car . . . .

In this new age of enlightenment, science has been shelved. Hypotheses have gone the way of the dinosaurs. What’s important is that every new self-constructed group to declare a unique identity and achieve federal recognition has equal representation in every drug trial. If a trial fails to include any group for any reason, the drug cannot be approved – even if it offers the only lifeline for a rare disease.

While this “age of enlightenment” has yet to dawn in the U.S., it is the logical conclusion of what some groups pushed for, in the name of social justice, at a recent FDA hearing on enhancing diversity in clinical trials. Diversity is crucial in the development of precision medicine, but the bounds of that diversity must be directed by science – not “kum ba yah” moments or the newest self-labeled crayon in the box.

Otherwise, the drugs of tomorrow will work for no one.