Building a wall to keep companies in 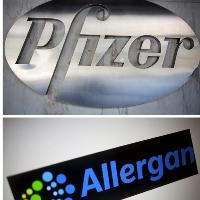 They may not realize it, but many Americans woke up this morning with their retirement portfolio worth less than it was a week ago. And it could be worth less tomorrow and even a year or a decade from now than it would have been – all because of Monday’s unilateral decision by the Department of Treasury to build an even higher wall, at the expense of investors, to keep U.S. businesses from moving out of the country.

The investors most affected by the decision won’t be found on any Forbes list of the richest of the rich. They can’t afford to drop $2 million for a Wu-Tang Clan album, let alone nearly $31 million for an original copy of Leonardo da Vinci’s Codex Leicester. And they certainly don’t flit around the country in their private, or even company-owned, planes and helicopters. For that matter, many of them have never been in a private plane – or even in first class on a commercial flight.

These are people who get up and go to work every day, perhaps counting the months or years until retirement. Some of them have small businesses. Others work in corporate America or for the government. What they have in common is that the 401ks, IRAs and pension plans they’re counting on to finance retirement are invested in stock – in companies like Pfizer Inc. and Allergan plc.

The temporary, final rules Treasury issued Monday are specifically tailored to keep New York-based Pfizer from merging with an Irish partner to gain a foreign address and, thus, a cheaper corporate tax rate than what the U.S. offers.

Pfizer’s historic $160 billion merger with Allergan, announced last year, was structured to comply with U.S. law that deems a corporate inversion one in which the shareholders of the U.S. company retain at least 60 percent ownership of the new union. In the proposed merger, Pfizer’s shareholders would own 56 percent of the new company, enabling Pfizer and the shareholders to benefit from the cheaper Irish tax rate.

Since Treasury can’t change the law, it’s changing how shareholder ownership is calculated. And there’s nothing anyone can say to stop the revision. The new rules will go into effect when they’re published in the Federal Register Friday with no opportunity for public comment and no time for congressional action, which the president would likely veto.

Besides building walls to keep Pfizer and other multinationals chained to U.S. soil, Treasury’s heavy-handedness has far-reaching impact for investors, especially the ones who are counting on their retirement plans being sufficient to pay for life after work. Treasury’s reactive overreach creates a cloud of uncertainty for every business transaction by signaling that government is willing, and has the right, to step in, whenever, and change the rules. The only recourse is a costly court challenge.

There’s a reason – a very, very good reason – so many U.S. companies are looking for a foreign address. TAXES.

The U.S. corporate tax rate is 39 percent, while the other 33 member countries of the Organisation for Economic Co-operation and Development (OECD) have an average rate of less than 25 percent. Companies in Ireland pay 12.5 percent or lower.

A lot of economists have played with the numbers to come up with a plethora of what they claim are the real “effective tax rates” in an attempt to show that the U.S. rate is, in actuality, in line with that of the rest of the OECD. But their logic is like that of the old Soviets who claimed the Berlin Wall was there to keep others out rather than to keep people locked in. If those “effective tax rates” were real-world numbers, U.S. companies wouldn’t be so eagerly looking for a foreign domicile.

Congress and the president recognize that the U.S. tax code with its out-of-sync rates is a real problem. And for years, they’ve been promising to do something about it. Yes, this Congress and this president, who can agree on practically nothing, agree that it’s time to revise the tax code. They just can’t agree on how to do it.

So, in a country where sound bites have replaced action, silence reigns on the out-of-kilter tax code, while federal agencies reactively revise the rules case by case, with no input from Congress, industry or the general public.

Meanwhile, the investors – the little guys that hope they can afford to retire someday – pay for bigger and bigger walls.