Home » Blogs » BioWorld Perspectives » Left on the garbage heap of the 114th Congress?

Left on the garbage heap of the 114th Congress? 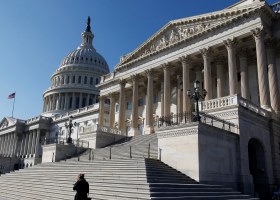 Add this to the list of things the 114th U.S. Congress likely won’t get done before it fades into history on Jan. 3: Providing relief from the inter partes review (IPR) intimidation racket. It’s not for want of trying. But the only attempts were specifically aimed at keeping drug companies from being pushed around by the government-sanctioned playground bullies who use the threat and filing of IPR patent challenges to demand a lot more than lunch money.

The trouble is a lot of lawmakers didn’t want to stand up for drug companies, who aren’t the most popular kids on the block right now because of public outrage over their prices. As a result, the reform language was no more than a placeholder in the Senate PATENT Act, which hasn’t made it out of the Senate.

Because Congress has refused to step in, drug companies are no longer the only target of IPR threats. Now the bullies and would-be stock manipulators are picking on one of the popular kids – high-tech Silicon Valley companies, like Power Integrations Inc. In its attempted shakedown of Power Integrations, Silver Star Capital LLC made no bones about the fact that its threats were all about a payoff, in one form or another.

It all began earlier this year when Kevin Barnes, principal of Silver Star, threatened Power Integrations with an IPR challenge to one of its critical patents, but said he was “open to a collaborative discussion ... [to] consider alternatives.” He later called the company with his settlement offer – Power Integrations could pay $600,000 up front plus 10 percent of the gross of any damages it collected for infringement of the '079 patent going forward or pay $1.8 million up front plus 3 percent gross of any damages collected. In exchange, Silver Star wouldn’t file the IPR petition.

(A bit of irony here. Silver Star wants a share of future infringement damages for a patent it claims is obviously invalid?)

When Power Integrations, through its attorney, rejected the offer, Barnes took offense at the company’s characterization of his tactics as an improper scheme to game the patent system. In a letter to the company, Barnes said (wait for it, another wielding of the iron) he would “not be intimidated by Power Integrations’ legal posturing and attempts to mischaracterize the facts.”

Silver Star and Ferrum are not the only short-sellers looking to make a quick buck or two off the IPR process. In opening IPR petitions to all comers – not just those wanting to actually compete in the market – Congress created a new money-making scheme for short-sellers and others willing to shrug off public disdain about their tactics.

It’s all about the money

As long as the bullies picked on drug companies that surround their long-term investment in pricy drugs with a high patent fence, many in Congress saw no need to confront them. And the high drug prices gave hedge fund managers and the like an altruistic excuse for their bullying. Yes, they stood to profit, but they also were “looking out for the public interest” because their patent challenges could open the market to competition and lower drug prices.

But in tackling companies like Power Integrations, the bullies are no longer bothering to cite a social good. It’s all about the money. For instance, Barnes was up front about Silver Star holding “various long/short positions in the securities of an assortment of global semiconductor technology enterprises,” adding that the company was just “supporting its investment interests” with its IPR threat.

To justify his demands, Barnes quoted a ruling last year in Coalition for Affordable Drugs VI, LLC v. Celgene Corp. in which PTAB refused to sanction the coalition, run by hedge fund manager Kyle Bass, for alleged abuse of the IPR process.

“Profit is at the heart of nearly every patent and nearly every inter partes review. As such, an economic motive for challenging a patent claim does not itself raise abuse of process issues,” PTAB said. “We take no position on the merits of short-selling as an investment strategy other than it is legal, and regulated.”

Ironically, the IPR process was high-tech's solution to shutting down an earlier playground bully – patent trolls, aka patent-assertion entities. The idea was that an IPR would allow companies playing in the marketplace to challenge a troll's flimsy patents before the Patent and Trademark Office rather than resorting to expensive, lengthy litigation.

But the way Congress conceived it, the IPR process isn't limited to troll hunting. Anyone can use it to try to invalidate any patent, based on prior art. Thus, the law gave birth to the so-called "reverse patent trolls" who try to exploit the IPR process to short-sell the stocks of targeted companies.

While the 114th Congress isn’t likely to take down this new breed of bullies in the time it has remaining, perhaps the new in-your-face shakedowns of high-tech companies will finally be enough to force the next Congress to slam the door on the extortion practices it legitimized when it revised the U.S. patent system a few years ago.