Home » Blogs » BioWorld Perspectives » Is ‘what the patient pays’ the right barometer for pricing drugs?

Is ‘what the patient pays’ the right barometer for pricing drugs? 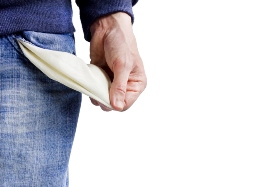 Just a few months ago, Mylan NV got caught in a net of its own making when it raised the U.S. list price for a two-pack of its Epipen to $608, a 550 percent increase over several years. The hue and cry on Capitol Hill and from angry patients with serious allergies was that Mylan was taking advantage of its near monopoly on the epinephrine auto-injector market.

Now that price is looking like a steal. Kaleo Inc. plans to relaunch its Epipen competitor, the Auvi-q auto-injector, Feb. 14 at a list price of $4,500. That’s not a typo.

Defending the pricing plan for Auvi-q, which is returning to the market after being recalled to fix a potential malfunction of its delivery device, Mark Herzog, Kaleo’s vice president of corporate affairs, told BioWorld Today that the list price – which is not a true gauge of the actual cost because it doesn’t reflect rebates, discounts and other pricing concessions – will allow the company to “absorb the cost of Auvi-q for patients who would otherwise not have access.”

In other words, Kaleo plans to compete with Epipen and its new authorized generic through a patient assistance program (PAP) – not on overall price. Herzog said Kaleo’s leadership team “believes that the most important price is the price to the patient.”

Thus, the privately owned company is touting its access program, which will give the product, free-of-charge, to patients who don’t have government or commercial insurance and have an annual household income of less than $100,000. The out-of-pocket cost for commercially insured patients will be zero, even for those with high deductibles. The cash price for other patients will be $365, so long as they’re not on Medicare, Medicaid or another government plan. Since PAPs are off limits for those with government coverage, Medicare and Medicaid patients will likely stick with Epipen or Mylan’s half-priced generic.

While zero out-of-pocket may sound like music to a patient’s ears, there are some discordant notes here. For instance, how big of a rebate will Kaleo have to offer to get its $4,500 auto-injector on formularies when Mylan has a well-known brand and now a generic at a fraction of that price? And do Kaleo’s executives really believe that patients, and lawmakers, are ignorant of the fact that the true price of a drug is more than the out-of-pocket cost?

High list prices, no matter how they’re negotiated, dig deep into everyone’s pocket, as they impact insurance premiums, the tax burden for government health programs and true competition. Had Auvi-q come in under the Epipen list price, it could have competed on formularies and in government programs, forcing Mylan to lower its price in the future. But now the only incentive for Mylan to rein in future list price increases for Epipen is public outcry.

There would be an outcry, especially since Mylan has lifted the curtain on what it pays to produce and market the product. In her testimony before a House oversight committee last year, Mylan CEO Heather Bresch explained that while the wholesale acquisition cost, or list price, of an Epipen two-pack is $608, Mylan gets only $274 for each pack. Of that, $100 is profit – $50 per pen. The cost of goods, which has doubled since Mylan acquired the product, is $69. (The drug itself only costs the company 25 cents.) The remaining $105 covers related costs such as the PAPs offered to other patients, lobbying efforts, school Epipen programs, awareness campaigns and R&D.

What Bresch revealed, and what thinking patients should have already figured out, is that drug companies aren’t offering all those PAPs out of the goodness of their heart. Those costs are factored in to justify ever higher drug prices.

There’s a lesson here for the biopharma industry, too. Drug companies need to understand that high list prices will inevitably dig into their own pockets, as every hike or breath-taking launch price erodes the reputation of the industry as a whole. And no expensive ad campaign or concerted lobbying effort will be able to undo that reputational damage.