Home » Blogs » BioWorld Perspectives » Importation a cliché, not a CAPA

Importation a cliché, not a CAPA 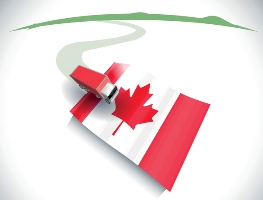 The right hand not knowing what the left hand’s doing. Robbing Peter to pay Paul. Talking out of both sides of the mouth. . . . They’re all clichés that aptly describe how the U.S. Congress too often works. Especially when Congress insists on knee-jerk reactions to plaster complex problems with superficial solutions instead of conducting thorough investigations into the root of a problem, followed by a well-reasoned corrective and preventive action plan (CAPA).

If Congress were a biopharma company, the FDA would have hit it repeatedly with warning letters for its inadequate responses, lack of CAPAs, failure to build quality into its processes, transparency deficit and mishandling of adverse event reports (read “unintended consequences”). And if it were a foreign biopharma, it would be a permanent entry on the FDA’s import alert list.

The current push to allow the importation of prescription drugs from Canada is a perfect example of the clichés at work in Congress. Beleaguered by the public outcry against ever-higher drug prices, many lawmakers are reflexively kicking their legs while grabbing for the quickest way to show voters that they share the pain and they’re doing something about it. But that response is like a drug company telling the FDA, “You can trust us to clean up our act and fix the problems,” without submitting a CAPA to show that they’ve seriously evaluated the root cause and come up with a plan that will provide a permanent solution.

On the surface, importing drugs from Canada seems like a no-brainer, especially when the Canadian version is virtually the same drug as the one approved by the FDA for the U.S. market – except a whole lot cheaper. But there’s the rub. How can Congress ensure that drugs imported from Canada are all that they claim to be?

While more than 40 countries have or are implementing security measures to protect their drug supply chain, Canada’s not one of them, Brian Daleiden, vice president of industry marketing at Tracelink Inc., told BioWorld. That puts importation – from Canada, at least – on a collision course with the U.S. Drug Supply Chain Security Act (DSCSA), which Congress passed in 2013 as part of the Drug Quality and Security Act.

Just as importation is a response to drug prices, the DSCSA was a reaction to contaminated heparin and follow-on fears of counterfeit and other substandard drugs making their way into medicine cabinets and pharmacy shelves across the U.S. It, in effect, builds a secure fence around the legitimate supply chain of drugs approved for the U.S. market, regardless of where they’re manufactured, Daleiden said.

Unlike importation legislation, the DSCSA was more of a CAPA than a knee-jerk reaction. It stemmed from discussions with regulators and stakeholders throughout the supply chain to ensure the final plan was doable without any unintended consequences.

Besides circumventing all the congressionally mandated safeguards of the DSCSA, allowing the importation of drugs from Canada would create an uneven playing field in their own front yard for sponsors of FDA-approved drugs that have to spend millions of dollars to comply with the track-and-trace provisions of the DSCSA. That’s another congressional contradiction, as U.S. lawmakers typically bash trading partners that use their regulatory schemes to disadvantage American companies.

Importation may be an easy cliché for a representative or senator trying to convince constituents that he or she feels their pain, but it is not the CAPA that’s needed to rein in drug prices.