LJPC, GNTA Not Dead Yet 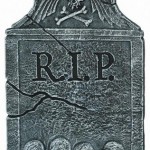 It looked Monday as if two of biotech’s long-suffering names might finally be biting the dust.

Genta (OTCBB:GNTA) trades at two cents, and La Jolla (PinkSheets:LJPC) trades at a penny, which means fundraising efforts for either company will be difficult. But I wouldn’t throw these guys in the cart yet. They may not be shouting “I feel happy! I think I’ll go for a walk!” – but they aren’t dead yet either.

Why? Because biotechs just don’t die all that often. Their lead products fail, their back-up products fail . . . and they discover or in-license something else. They merge, they recapitalize, they keep going. The exception to this seems to have occurred in 2009 and 2010, when intense economic pressures actually squeezed a few dozen biotechs out of existence. Some folks say the consolidation isn’t over, but it doesn’t seem as intense as it was at this time last year. So if La Jolla and Genta survived this long, what’s to say they won’t find a way to keep going – for better or for worse?