@ASCO2011: Genomics Era of Cancer has Arrived – Like a Tsunami 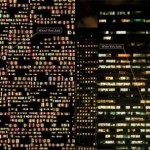 CHICAGO ‑ As a scientist by training, I tend to look with unbridled optimism at technological advances. So it was striking to me to see how those that are expected to do something useful with such advances sometimes have a more nuanced take on them.

Genomic technologies have led to a “tsunami of information,” outgoing ASCO president George Sledge told the audience in his plenary lecture. And it is a tsunami that the current clinical trials system, let alone the practicing oncologist, is in many ways unprepared for.

Sledge is no Luddite. In fact, he spent much of his talk describing how such technologies will be necessary to make a dent into cancers that are driven by more complex cellular underpinnings than one dominant mutation such as bcr-abl.

And he is hardly alone in pointing out that the genomics era of cancer has arrived.

But his take on the near-term effects of the $1,000 genome was nuanced: “When data are that cheap . . . Things will get very, very complicated,” he told the audience. “What happens when a few years from now a patient walks into a doctor’s office and hands him a memory stick with his genome?”

His take on modern technology was shared by the MD Anderson president, who spoke in an education session on personalized medicine. The technology-driven push of a firehose of information, he said, is “advancing the science of medicine, but complicating the practice of medicine.”