The HIV Cure and a Culture of Low Expectations

By Catherine Shaffer
No Comments 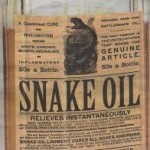 If you do a web search on the term “cancer cure,” you’ll get pages and pages of conspiracy theories, alternative medicine sites, and home-cooked “natural” remedies. Some of them, like baking soda and maple syrup (I kid you not) are probably harmless. Some of them cross the line into deception.

But what you won’t find, as you click through pages and pages of snake oil, is a legitimate, mainstream medical site with information on curing cancer. The focus is on “controlling” the disease, “inducing” remission, maintaining “complete response,” increasing “overall survival,” and optimizing “progression-free survival.”

Cures, if they happen, tend to be a happy surprise, viewed with suspicion, and never taken for granted. People who experience “complete remission” of their cancer almost never speak of themselves as cured, even after prolonged periods cancer free. Instead, they are cancer survivors, marking the date from diagnosis in years, months and days.

Nowadays a person becomes a cancer survivor from the day they’re diagnosed. The treatment hasn’t begun, no hair has been lost, no chemotherapy administered, but already the initiation to a culture of chronic illness has begun.

Other serious, life-threatening diseases are much the same. If a doctor hands you a grave diagnosis like amyotrophic lateral sclerosis, Alzheimer’s disease or schizophrenia, you’ll be given a program of treatment, and sent home with a cocktail of pills to help you play whack-a-mole, for whatever remains of your life, with your symptoms and side effects.

On the research side, the culture is almost as bleak. Science is working harder than ever on treatments for disease, but I rarely hear a scientist utter the word “cure” in relation to a disease she is studying. Some researchers will sheepishly admit that if all the stars align, a cure might possibly result from what they are doing. Researchers tend to focus on improvements rather than cures, nudging back the frontiers of the disease, without truly declaring war on it.

That’s why, when German hematologist Gero Hütter reported that he seemed to have cured an HIV patient, the news was greeted with little more attention from the scientific community than the baking soda and maple syrup cure for cancer. It didn’t fit with established norms and expectations for HIV.

What happened was that Timothy Brown, an HIV positive man on antiretroviral therapy for more than 10 years, developed leukemia and was referred to Hütter at Charité Medical University in Berlin for treatment.

Hütter was not an HIV expert, but he had an inspiration. He found a bone marrow donor for Brown who also carried a mutation of the CCR5 gene, known as delta 32, that prevents the AIDS virus from invading T cells. Individuals homozygous for the mutation enjoy protection from the virus, and are found in approximately one in 100 northern Europeans.

Timothy Brown received his genetically customized stem cells in 2007. He received a second transplant when his cancer recurred the following year. It soon became clear that Brown’s HIV was not coming back. In the intervening years, he has submitted to dozens of tests designed to find the virus hiding in various body tissues, and each one has come back clean.

In spite of these unprecedented results ? HIV always returns when patients stop taking antiretroviral therapy ? Hütter had difficulty publishing. He was relegated to an out-of-the-way poster display by the February 2008 annual Conference on Retroviruses and Opportunistic Infections in Boston and initially rejected by The New England Journal of Medicine. (The NEJM reconsidered and later accepted the paper for publication.)

While a few people were very interested in Hütter’s paper, for the most part his discovery sank without a ripple. There was at first skepticism that the patient was even cured. As time passed, and it became more difficult to refute Brown’s new HIV negative status, the cure was attacked on a different basis ? it was too expensive, too impractical, and too risky. (Bone marrow grafts carry a significant risk of death from graft versus host disease and so are generally a treatment of last resort for cancer patients.)

CCR5 delta 32 first appears in the scientific literature in 1996(1), which coincidentally is the same year that highly active antiretroviral treatment (HAART) became the standard-of-care for HIV. Before HAART, a diagnosis of HIV was essentially a death sentence. It’s ironic to think that if Hütter or someone like him had come upon the cure earlier, before HAART, there would have been a line out the door and around the block of people willing to take a chance on bone marrow transplant.

Granted, in order to achieve proof-of-concept in Timothy Brown, the stars had to align in a very special way with him having HIV and having cancer and being a candidate for bone marrow transplant and surviving that transplant. Still, it’s telling that it took 11 years and a relative outsider to HIV research to give it a try.

When scientists announce a new drug breakthrough that extends survival for cancer patients, or improves quality of life for chronically ill patients, it’s easy to forget, amid the celebration, that these things are not what patients really want.

What patients want is a cure. Perhaps by moderating their use of language, researchers hope to spare patients the disappointment of false hope. But they also are ceding the high ground of hope to the alternative medicine crowd, and setting up camp in the land of low expectations. Worse, the entire industry opens itself to the criticism that it is not really interested in curing people ? only signing them up for expensive lifetime maintenance therapy.

That can’t be true. Those of us who have worked in and around the industry know that it’s full of human beings who suffer and have relationships touched by serious illness exactly like the general population. But the Berlin cure for HIV does highlight a culture of caution, and a modification of the language of biomedical research that omits grand claims. In retrospect, it is pretty clear that the HIV research community had given up on finding a cure for AIDS.

How many other potential cures are going undiscovered because they are too impractical, expensive or risky?