First-Half Biotech Fundraising: What You Need to Know 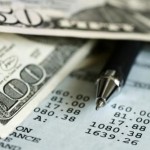 We just finished running the numbers for biotech fundraising in the first half of 2011, and . . . drum roll please . . . the numbers are good! Well, they’re good if you’re a publicly traded, pre-commercial biotech, anyway.

That breaks down into three categories: $2.1 billion raised by private biotechs, $4.6 billion raised in initial and follow-on public offerings, and $6.6 billion from alternative financings of public companies (i.e. registered directs, PIPEs, loans, ATMs, etc.) The latter two categories about doubled over the first half of 2010, while the private company money fell slightly.