A Tale of Two Conferences: ASCO and BIO 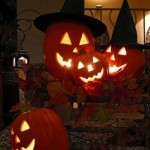 The American Society of Clinical Oncology (ASCO) Annual Meeting kicked off the month of June as, arguably, the biggest event in the life sciences milieu, with 30,000-plus attendees and an inconsistent mélange of dispiriting and heartening news and data, while the Biotechnology Industry Organization (BIO) concluded the month with half that attendance, but with immeasurably more enthusiasm, excitement and expectations.

Don't get me wrong — both events are excellently produced and loaded with germane details; however, when my restless mind sees differences, nothing is above satirizing.

It's like Halloween for the health care industry vs. a birthday celebration for biotechnology.

I contend that ASCO is the most terrifying conference of the year, not because of the dreaded cancer topic, but because of the spate of heart-stopping, stock-plunging cancer news that can mothball pipelines, leave executives unemployed and pick the pockets of investors. Or even the good news that can set off the release of so much pent-up anxiety that it may trigger an adverse-cardio-event-in-reverse.

BIO has less abrupt consequence for the news that emanates from the event and offers more of an opportunity to digest data and information to contemplate decision-making options for market participation by its attendees.

ASCO is frightening, not only because it convenes around the most chilling topic known to humanity. Men refuse to acknowledge its presence until it literally grabs them by the throat, lungs or prostate. Women have been known to whisper its name in abject dread for fear of somehow spreading its non-contagious curse: "Edna hasn't been up for bridge, since she found out about, you know . . . cancer!"

ASCO as Halloween for Health Care

America's Scariest Conference Ordeal should be held during Halloween week, as it is the most frightening conference in the sector for another reason. Cancer may not cause cardiac episodes, but cancer news can! Investor fortunes can live or die on every press release or podium update. There's bad news lurking in between the lines of presentations, waiting to jump out and stop the hearts of executives and investors. A "Boo!" clinical setback or a "Gotcha!" FDA chain-rattling letter at the 11th hour can send shares plummeting into a hellish abyss and executives scuttling to hide while they attempt to put a smiley face on malevolent news. There is even a sizeable list of drugs and therapies that either cause or goad cancer.

The second-hand smoke, plastics, corruption, food processing, high technology, personal habits and practically most other accoutrements that comprise modern living either have been proven or presumed to cause cancer. That's a challenging element to blend with fun, optimism and anticipation. Oh drat, now I'm even depressed!

On the other side of the Wall Street, there are few surprises when ASCO begins for veteran, connected investors, according to critics that perceive a widespread read-between-the-analyst-lines pre-conference data release model that shackles the media, but apprises the in-the-know investors with not-to-be-disclosed information. Those critics also point out a membership-has-its-rewards advantage that can tip off ASCO members to certain clinical data.

"Breaking" news is an applicable term at ASCO relative to the research population, but "corroborating" news is more on the mark, regarding the investment community. ASCO is not billed as an investor conference, and that's a truth. It's more of an investors' after-party. Most of the news presented has been on the street, in the rumor mill or literally in an analyst's report weeks before the event begins, giving connected investors ample time to move accordingly, long before the opening-day breakfast remarks are made.

At ASCO, I have envisioned the FDA might serve a complete response letter to a speaker in the middle of a presentation, much like a process server.

Good clinical news can have a Lazarus effect, raising zombified stocks from the dead and reanimating mummified pipelines with M&A transfusions and fresh-brains partnerships that can bring a Frankenstein pharma back to life after patent-cliff-death. Scurrying to take advantage of not-for-public-knowledge data can cause palpitations too, as harried execs burn the midnight oil concocting Plan Bs from Outer Space to mollify sure-to-be agitated stockholders and enlightened investors frantically trying to capitalize on every clue that has been decoded from alien data scrolls, er, analyst reports, and worst-kept-secret, um, embargoed, press releases.

For out-of-the-loop investors, nervous researchers and the relative public with a vested interest in the cancer market, registration bags should include a defibrillator, hypertension pills, an anxiety paper sack and a fake eye glasses/mustache kit!

There are companies and researchers that use ASCO as a coming-out party to make unpleasant news public. Generally, it's what you know before ASCO commences, that can save you. Often, it's what you find out during ASCO that can haunt you.

When you walk into BIO that first day, you wouldn't be too taken aback if the official greeter at the door was a multilingual translator, a transgenic man-imal or a Transformer. Why, you're just as liable to see Cirque du Soleil performing for the registration waiting line crowd, as you are the convention barkers directing crowd traffic to the appropriate lines!

That's because BIO is all business and part circus-networking-party-education-vacation-in-one! Enter in awe and leave in exhaustion five days later!

People plan and anticipate BIO like the first day of school — you know, like when you actually liked school. They prepare for ASCO like the boarding school admissions interview or the SATs.

This is my second consecutive missed BIO, after amassing an attendance streak of seven conferences. So, it sort of feels like I misbehaved and was barred from an educational field trip — to the donut factory . . . with transportation provided by Six Flags Magic Mountain roller coaster!

BIO convenes to celebrate biotechnology and to address its global market business, which increasingly has included the larger life sciences universe. I expect any year now that BIO will become BPIO to acknowledge its expanding attention to the increasingly melding biopharma market.

I have given my unsolicited input to BIO staffers over the past years regarding my vision for future BIO events to keep the "how-will-they-top-this-next-year" streak interesting. For the most part, they indulge my suggestions to convene at "the Strip," the warmest non-contiguous state or the outskirts of the "the happiest place on earth" with a bemused look of "Yeah, right, like anybody would even choose to attend a session over betting their T&E funds, surfing the Big One, or ascending Space Mountain!"

Mostly, my friends at BIO just smile knowingly, as if the details of the event are already planned into the future and "Yes, it will be everything you could never imagine." So, I'll leave the planning to them and just enjoy the upshot.

However, my mind can't help but contemplate scenarios such as keynotes from Watson, a lab-grown DNA clone of Louis Pasteur or the world's first bionic being. Or an onsite four-day reality show that decides "Who Wants to be Biotech?" or "Are You Smarter Than a CEO?" or "So You Think You Can Get Financing?"

Perhaps the world's first intergalactic BIO conference is on the horizon, with transportation provided by biofuels?

I may make it sound like a non-stop party, but the prevalently enduring thing is the amount of business that gets done in the midst of the party, as the more than 21,000 partnering meetings and the four-day deluge of topical sessions on every imaginable interest and many unthought-of subjects at this year's just-concluded event will corroborate.

One more suggestion: Why not recreate a few Tyrannosauruses and Brontosauruses from fossil DNA to take "Heal, Fuel, Feed the World" to the next level? I'm sure you wouldn't repeat the mistakes of Jurassic Park, but on second thought, I might have to miss that year's conference too — just in case it turns out to be your first misfire.