If you enjoy participating vicariously in exercises in futility, take a gander at what's going on in Washington with regard to user fees for medical device reviews.

Yesterday, Sen. Richard Burr (R-North Carolina) told FDA commish Margaret Hamburg, MD, than any user fee legislation that does not incorporate non-FDA days into the calculation of total 510(k) review days would face “a long and laborious process” to get the required legislation through the Senate Health, Education, Labor and Pensions Committee. 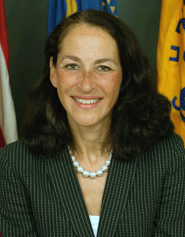 Burr's position was essentially that FDA has not met the turn-around on applications called for in the previous user fee handshake, which FDA blames on incomplete and poor-quality filings. What FDA never bothers to explain is how the quality of 510(k) submissions suddenly got so bad when Jeff Shuren, MD, took over at the Center for Devices and Radiological Health.

When industry previously complained that FDA reviewers are too fond of asking for more data than they need, FDA managers initially dismissed the complaints, but they have recently have acknowledged that it does happen.

Still, it's tough for industry to forget Shuren's claim in February that the longer turn-around times are “all on industry.” His “guinea pig” comment about patients in Europe will also live in infamy after he leaves the agency. Then at the annual meeting of the Medical Device Manufacturers Association earlier this year, he complained about the combative tone in Washington.

Sure the atmosphere in Washington is hot, and it's not just because this place was built on a swamp. But Shuren had nothing to do with that, right?

The June 27 user fee meeting between FDA and industry didn't go so well, either. As reported in the July 18 edition of Medical Device Daily, industry and the agency appear to have agreed in principal on an external audit of device reviews, but industry choked on the FDA proposal to boost user fees 17% between 2012 and 2013.

The conflict there is that the entire agency's budget is going to get a good haircut starting in fiscal 2012 and CDRH won't escape the shears, but industry is assuredly averse to paying a bunch more for the same kind of combative relationship and the same turn-around times.

Whether industry will respond to the implicit demand to pay up or watch the applications slow down even more when the layoffs start is tough to forecast, but third-party reviewers don't seem ready to fill in the gaps. It's the classic rock-and-a-hard-place scenario.

We've all been on a merry-go-round at least once. I hope so, anyway. As children we don't put any thought into the fact that while it really is a blast to get all dizzy and such, the ride ends without anyone having really gone anywhere. Hopefully nobody ends up with an upset stomach, though.

The difference in user fee negotiations is that the sensation it produces is not a fun kind of dizziness, and the upset stomach might be kicking the daylights out of someone's ulcer. The similarity? By the end of a day's work, you are more or less where you were when the ride started.