The Hit and the Pendulum; FDA, politics and medical devices 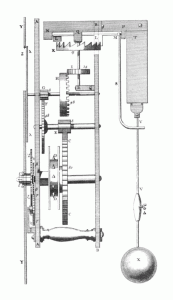 Long-time observers of FDA's regulation of therapeutic medical devices will note an oscillation over time, and we are now in a period in which the pendulum has reached as far as it can in one direction and is now headed the other way. The only question is how far.

It's not tough to find parties that have a hand in this. Congress finds it difficult to keep a steady hand because there are two parties with their different worldviews. Ditto those in the executive branch. Perhaps there is an inevitability to the back-and-forth at FDA's Center for Devices and Radiological Health.

Still, those on the Hill and at 1600 Pennsylvania Avenue might want to consider whether their excesses are the problem. After all, a sense of modesty is tough to come by if you work at FDA, hold an extreme point of view and are egged on by the administration or someone in Congress.

Other actors on this stage have their own agendas, such as those who authored the letters to Congress and the White House in 2008 and early 2009 alleging managerial malfeasance at CDRH. Let's not forget the prattle by the Union of Concerned Scientists about alleged suppression of dissent at CDRH. This part of the noise factory suggests there are a lot of people in this town who think that the possession of a post-graduate degree confers the right to rule unfettered over device applications.

There are other holders of those degrees, though, and they don't all agree. If your boss tells you you're wrong … well, get over it. Not everyone gets to be the boss (I know, what a creepily hierarchical assertion, right?).

The problem is that we as a society spend an inordinate amount of time and money hashing out issues that needn't cost so much. Was there really any reason to bring 510(k) applications to a near stand-still when David Kessler was the FDA commissioner in the 1990s? And yes, the CDRH of Jeff Shuren is undergoing a pretty interesting overhaul that his predecessor should have undertaken. Still, Shuren and the current commissioner have clearly gone too far as the current spate of FDA-related legislation demonstrates.

It's easy to be glib about all this in my line of work. One muses that of course the pendulum swings, and what good is a pendulum that spends all its time at bottom dead center? Can't make a clock tick that way. And it must seem peculiar for a loud-mouth like me to urge others to tone it down, but nobody has been denied a perfectly good device – or was implanted with a bad one – because of my rhetoric.

But that's all the more reason for reason to prevail. We're obviously in trouble if someone in the media has to argue for not hitting the pendulum so hard that it oscillates madly the way it has these past two decades. That, however, is apparently what it's come to.