The problem in Washington: Is it really Capitol Hill? 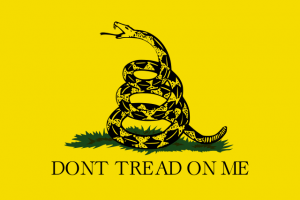 The latest news about the Internal Revenue Service does nothing to comfort those who have to routinely interact with the agency, but it does seem to tie in with other behaviors by the Obama administration, regardless of whether anyone at the White House “knew about it.”

So what does all this mean? Let’s take a look at some recent developments and ask ourselves where exactly the problem in Washington is located.

First, the IRS scandal, consisting of a systematic targeting of tax groups with words such as “tea party” in their names, makes clear the agency is not to be trusted. Argue all you want that’s an over-the-top statement on my part, but the IRS will have to earn our trust again. The machinery of government is too powerful to simply let this pass.

This is not the first time the IRS has gone astray. The administrations of Jack Kennedy, Lyndon Johnson and Richard Nixon all fell prey to that temptation. And I really don’t give a bleep whether White House spokesman Dan Pfeiffer thinks the question of whether the IRS targeting of conservative groups is illegal. It’s quite important, Mr. Pfeiffer, and your obvious disregard for that question raises very serious questions about you and your boss.

With the device tax in play, does anyone in the medical device or diagnostics business still feel comfortable speaking their mind about anything?

The media and government: What kind of relationship?

The news that the Department of Justice had gone way out of bounds to obtain the phone records for a number of reporters and editors at the Associated Press is even more off-the-wall when one considers that the AP went out of its way to cooperate with Obama’s DoJ on the timing of an article around which this story appears to revolve. The President has had more than fair treatment from the vast majority of the press since the day he announced he would run for the presidency, but his policies suggest something bordering on paranoia, as this story at Huffingtonpost.com indicates.

Let’s not forget that the Center for Devices and Radiological Health had a list of reporters it generated in pursuit of the problem with documents leaked by renegades at CDRH. I previously indicated I had no problem with CDRH keeping track of what suspect employees were doing on government computers, and I still don’t. But keeping a list of reporters with whom these renegade employees had contact is far beyond what the agency needed to deal with malfeasance on the inside. And one of the factors that led to this problem is that those in civil service are very nearly impossible to dismiss. That was a problem at CDRH and one suspects the IRS story will shine a light on that very issue as well.

It’s probably a bit early to describe the current administration as paranoid, but there’s no denying that those in government are routinely tempted into abusive behavior. The four-year investigation into Medtronic that concluded last year and led to exactly nothing at all is fresh on the minds of device makers, and the author of DoJ’s Thompson memo, Larry Thompson, suffered no backlash at all for writing a policy that amounted to government extortion of the private sector. Both those actions commenced during the administration of George W. Bush, so clearly this is not just a problem for Democrats in the White House.

In my mind, the real nail in the coffin for device makers is the 2010 enforcement declaration by former FDA chief counsel Ralph Tyler, who had advised FDA commissioner Margaret Hamburg to not just aggressively use whatever authorized enforcement levers the agency had at its disposal, but to also employ any available levers that were not explicitly forbade by the statute. That announcement should have warned drug and device makers that things had changed in Washington – not for the better – and to top it off, Hamburg endorsed the idea.

I’m not sure I’m ready for a membership in the Cato Institute, but all this makes people wonder whether there is something insidiously wrong with our system of governance, and it’s not just Capitol Hill. It’s even more the executive branch, which seems too often to think it has carte blanche to do whatever it pleases, a mindset characteristic of the police states of the 20th Century. Whatever the failings of Congress, the executive branch’s abuse of federal government agency leverage presents the clearest threat to private citizens and the private sector in general.

We would all do well to bear all this in mind in the years ahead because we all have the capacity for tyranny encoded into our DNA. I’m sure Edmund Burke will forgive me for bastardizing his famous quote, but let’s face it: All that is required for the ascendancy of tyranny is that we all sit around like sheep and allow it.

The danger is especially grave when government starts to believe in itself as the infallible first principal in our individual destinies, a belief that is a total inversion of the Constitutionally imposed limits on the federal government, not to mention the beliefs of the authors of the Constitution themselves. We should all be extremely wary of a federal government thus deluded into believing in its own deification.