Cancer Research Through Time: Cure Should’ve Been Wrapped up by 1985 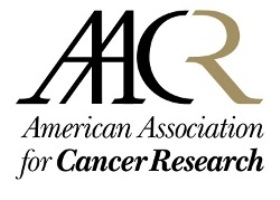 If you’re looking for a plenary speaker, pick a Pulitzer Prize winner. That was one of the corollary lessons to be had from the talk of Columbia University’s Siddhartha Mukherjee at the American Association for Cancer Research’s Annual Meeting on Sunday, which was somewhat like a Cliff Notes version of his Pulitzer-Prize winning epic on cancer, “The Emperor of all Maladies.”

That problem, he said, is also one in cancer research – faced with a cancer cell, we have ever-changing notions of how it got to be that way. Mukherjee traced the dominant theory of cancer’s natural history from the 1860s, when Rudolf Virchow first argued that dysregulated cell division is the root cause of cancer, to the notion now taking root that cancer is an organismal disease that involves changes to the microenvironment and the immune system of the cancer patient as well as to the genes and genomes that make up the cancerous cells.

Along the way, he shared fascinating stories of cancer and its treatments. The first chemotherapy was a chemical cousin of notorious World War I weapon mustard gas; pioneering surgeon and Johns Hopkins University co-founder William Halsted was addicted to both cocaine and morphine, which in his day was used to treat cocaine addiction; in the 1960s, philanthropist and medical research champion Mary Lasker thought that the cancer problem would be wrapped up by 1985.

At BioWorld, we’ve recommended The Emperor of all Maladies before, of course. It’s too much in our sweet spot not to. But good advice never gets old, and so if you have not read the book, it is still worth heading to your local bookstore, or library, and picking up a copy.